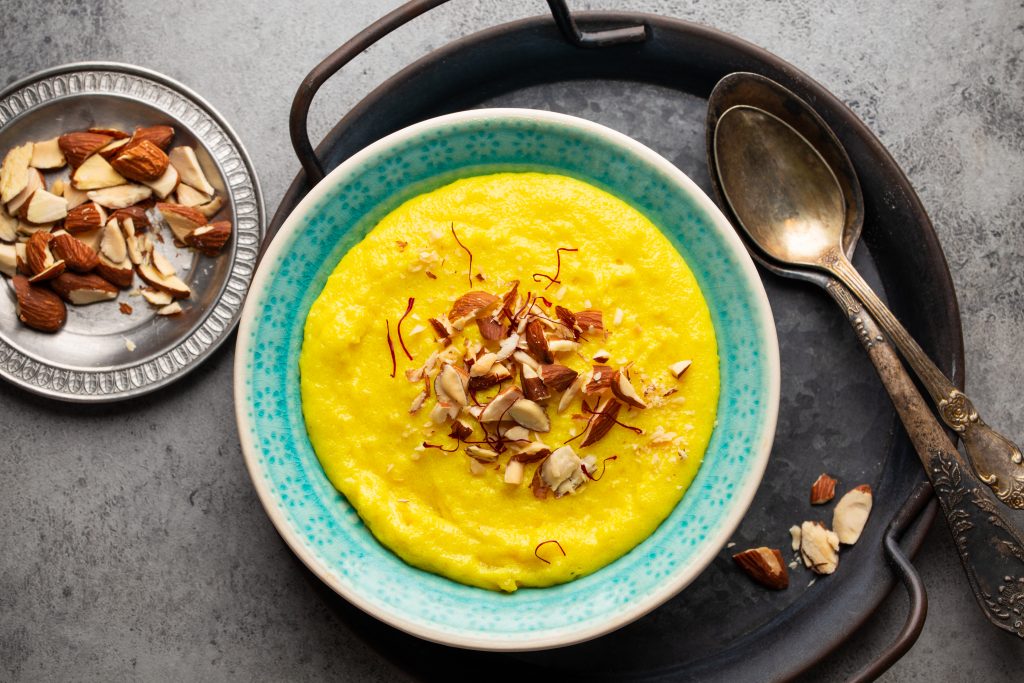 In the seventeenth century, English colonists brought hasty pudding to North America, transforming it. Although they initially made the pudding with wheat, due to a shortage of grain, the colonists eventually cornmeal. Since the colonists had learned to cultivate maize (corn) from the indigenous peoples, the crop was readily available. The colonists derived the name for Indian pudding from their name for cornmeal, Indian meal. They also replaced the water with milk. For added flavor, cooks add either molasses or maple syrup. Other ingredients they added include cinnamon, ground ginger, butter, eggs, raisins, and nuts.

They then slowly baked the Indian pudding for several hours. Baking transforms the pudding’s texture from the original porridge-like quality of hasty pudding to a much smoother quality which is more typical of custard.

How To Celebrate Indian Pudding Day

The best way to celebrate Indian Pudding Day is by whipping up a delicious pot of it at home and sharing it with those you love. To that end, we’ve provided a recipe to aid you in enjoying this dish.

Begin by scalding the milk and butter in a double boiler, then transfer it to a waiting pot. Preheating your oven to 250°F, take the molasses, cornmeal, salt, and flour and mix them together, and then begin adding the milk and butter to the mix a little at a time until it’s thin, then pour it into the pot of scalded milk, continuing to stir it until it has become thickened. Add a half cup of the heated milk to the beaten egg mixture, whisking it constantly, and then add the egg mixture into the mixture of hot milk and cornmeal. Finally, mix in the sugar, the spices, and blend until smooth after adding the raisins. Then pout the mixture in a shallow dish and bake for 2 hours at 250°F. After removing it from the oven, let it cool for one hour, but serve it warm if you allow it to become chilled.