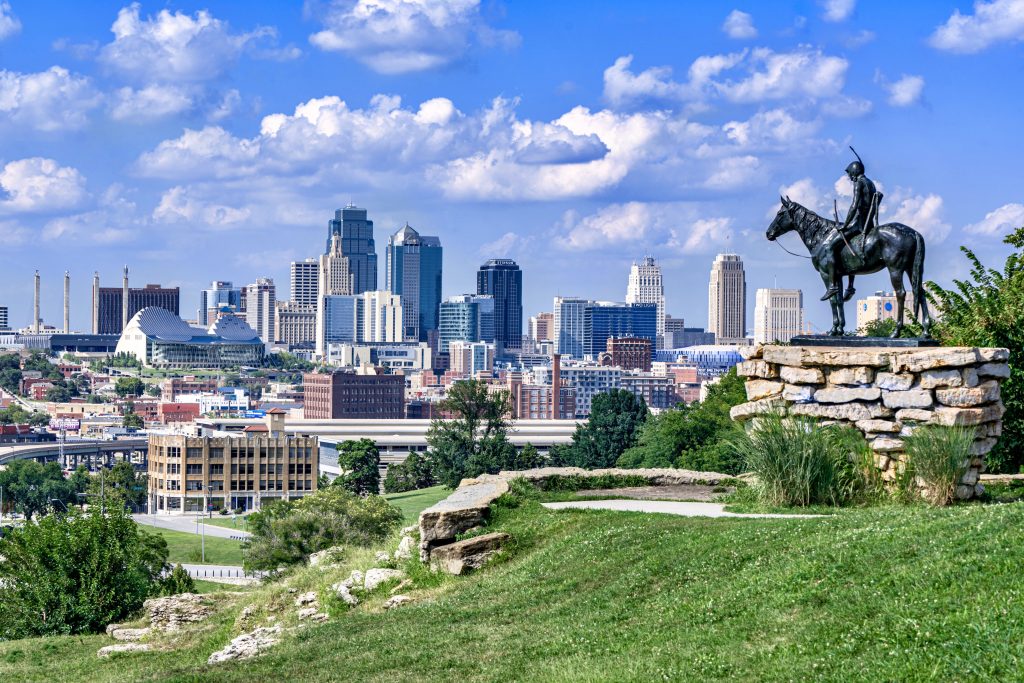 Magnificent herds of bison, elk, mule deer, and antelope roamed the vast open plains populated by Cherokee, Osage, Pawnee, and many other tribes. The region became a part of the United States with the Louisiana Purchase in 1803.

Generations of travelers came to Kansas as the country expanded. From the Corps of Discover in 1804 to the Pony Express, all the roads in Kansas seemed to point westward.

Railroads brought rapid settlement to the territory and with it the divisive decision for citizens regarding statehood. Would Kansas be free or slave? The debates turned so vicious, the territory earned the name “Bleeding Kansas” before entering the union as the 34th state and free.

With the railroads, ranching, livestock, and agriculture grew. The verdant, fertile soil of the Kansas farmland made the state the Breadbasket of the World.

Frank L. Baum even depicted farm life for one young girl named Dorothy in his books about a place called Oz. The Wonderful Wizard of Oz took the world by storm, especially when Hollywood put Judy Garland, Ray Bolger, Jack Haley, Bert Lahr, Frank Morgan, Margaret Hamilton, and Billie Burke in the cast. There was indeed no place like home, no place like Kansas.

One of the most critical decisions in Civil Rights history took place in Topeka, Kansas. The appeal of Brown vs. the Board of Education was brought before the Supreme Court of the United States in 1954. What had started with groups of parents and teachers in all-black schools in communities across the country had finally culminated in a final decision. Separate but equal violated the Fourteenth Amendment to the United States Constitution.