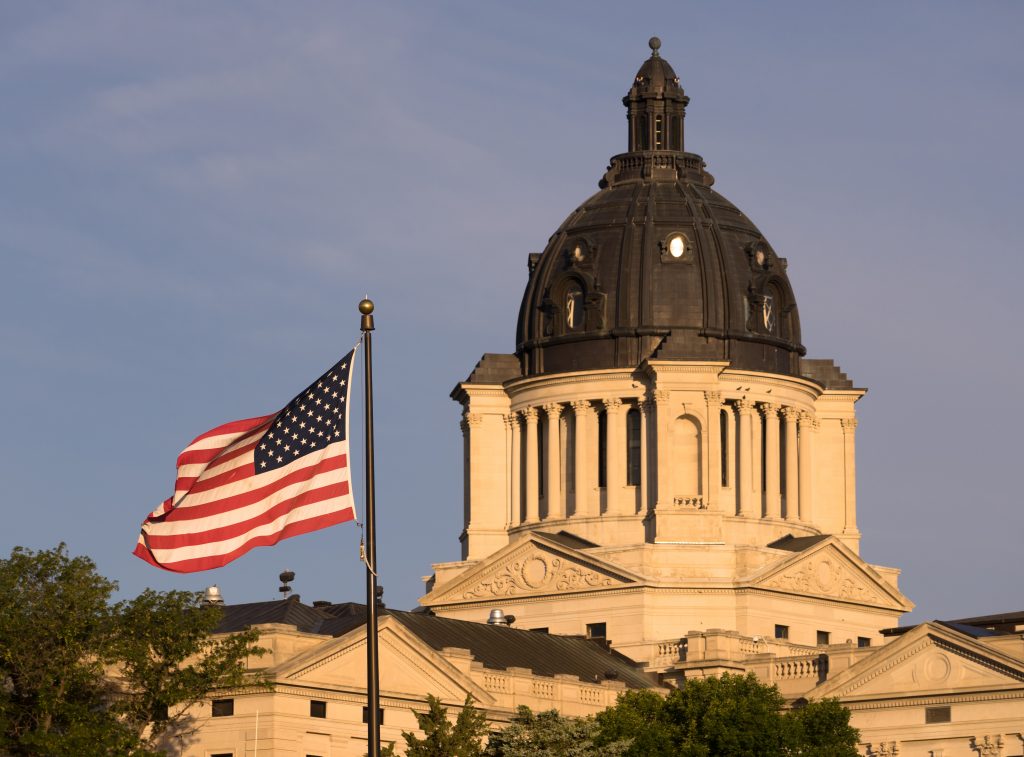 Long before Lewis and Clark traveled up the Missouri River, the Mandan, Hidatsa, and Arikara arrived in North Dakota. During the Corps of Discovery, the team camped at Fort Mandan along the Missouri River for the winter. Here, their translators, Sacagawea and Charbonneau, joined the expedition. Sacagawea would also give birth to her son, Jean Baptiste.

As the settlement expanded, disputes over land increased. Fort Abraham Lincoln preserves the home of Gen. George and Libby Custer, the military commissary, blockhouses, and the Mandan Indian Village along the Missouri River.

I have always said I would not have been President had it not been for my experience in North Dakota. ~Theodore Roosevelt

In the heart of the badlands…

In the heart of the badlands, Medora came to life and today recreates western life with entertainment in an outdoor amphitheater. Visit the Cowboy Hall of Fame and so much more in Medora.

When statehood crested the horizon, South Dakota was also in line for admission. President Benjamin Harrison signed the bills at random, and nothing was recorded indicating which bill was endorsed first. However, due to alphabetical order, North Dakota is listed as the 39th state to be admitted to the union.

Beyond historical sites, North Dakota boasts a healthy amount of scenic byways. Kayak down the Pembina Gorge or visit the International Peace Gardens. While you’re there, take a hike into the Turtle Mountains.

Camp at Devil’s Lake or tour any one of the many wineries and vineyards. Visit Sheyenne State Forest and seek out the only waterfall in the state.

Garrison Dam is the fifth largest earthen dam in the world and Lake Sakakawea‘s year-round fishing and recreation is an angler’s dream. At night, the skies reveal stars never seen before, and the Northern Lights dance with delight.

North Dakota is also where we #CelebrateEveryDay! As the home of the National Day Calendar in Mandan, North Dakota, it’s our favorite place to be!