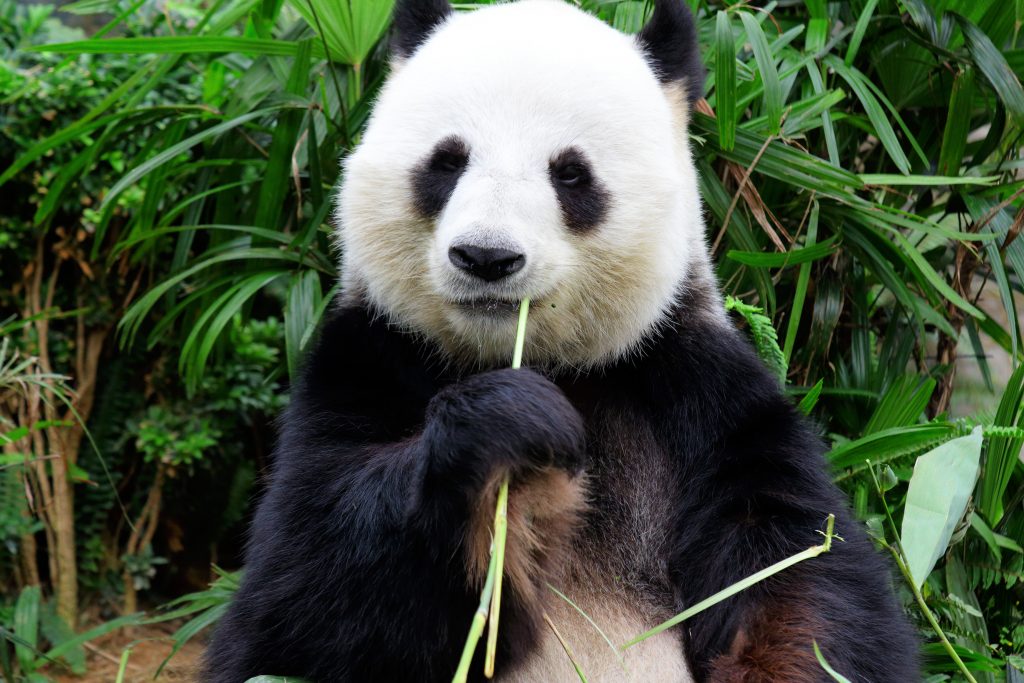 On March 16, National Panda Day draws attention to one of the world’s unique bears. Pandas are also one of the world’s most endangered and adored animals. Conservationists and animal lovers alike spread the word about increasing efforts of the international community dedicated to protecting and restoring habitat.

Native to China, giant pandas are members of the Bear (Ursidae) family. Their rapidly shrinking habitat is a major cause for concern.  As an endangered species, successful panda breeding programs are rare. In the wild, there are approximately only 1,864 (according to the World Wide Fund for Nature) and 100 living in zoos around the world.

With their white face and black eyes and body, Panda bears are easily identifiable. However, despite their sweet disposition, they tend to isolate themselves in the wild. They eat mostly plants and do not hibernate in the winter like many other bears.

Though the origin of this holiday is unknown, we can assume that the day was created to bring awareness to the beauty of pandas, in order to keep them from going extinct. In 1961, the World Wide Fund for Nature was formed, and created their logo around the Panda, because it is “an animal that is beautiful, endangered, and loved by many people in the world,” as said by Sir Peter Scott, one of the first WWF founders. The panda became a symbol of the conservation movement around the world — a call to action to preserve endangered species, and our natural wildlife environments for our wild animals.

In 2020, due to the reproduction efforts in zoos, reforestation and conservation campaigns, pandas are considered “vulnerable” to extinction. Though they are no longer on the brink of extinction, it’s important to keep the environment for pandas intact, as the giant panda plays an important part in our natural ecosystem. There have been some political debates in China and worldwide recently on how important it is to keep spending money to breed pandas in captivity, and protect the forests of China, where the wild panda bears live. According to a scientific paper published in 2015 by The Society for Conservation Biology, preserving the natural habitat of the giant panda also helps 70% of the country’s forest birds, 70% of mammals and 31% of amphibians. Pandas play a crucial role in forests, and it’s our job to protect them.