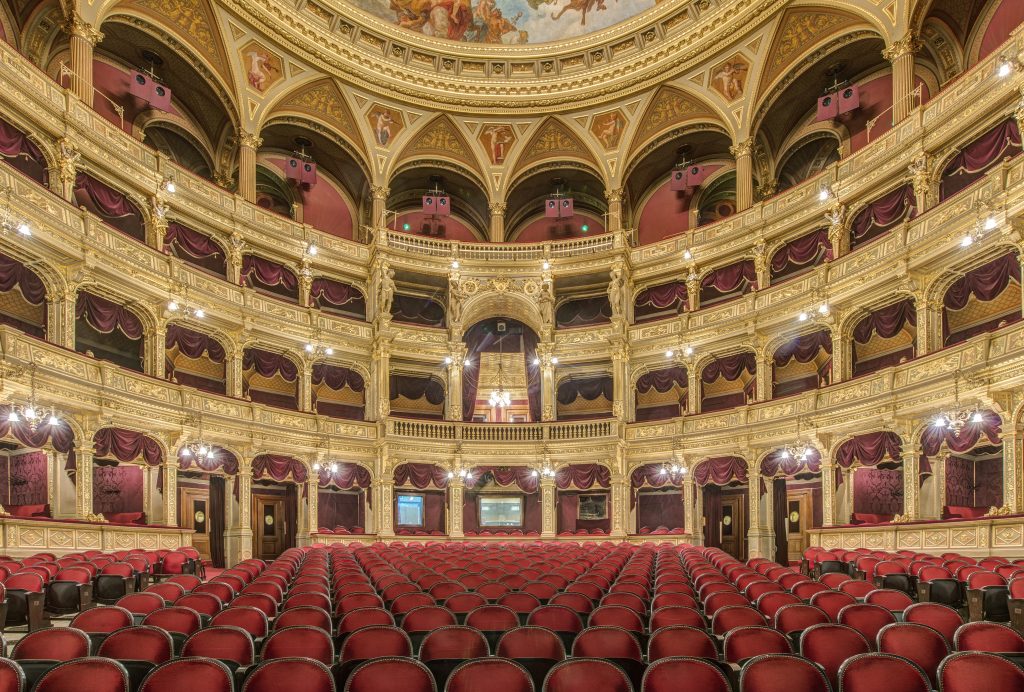 Operas have been captivating audiences since the sixteenth century, and this highly revered art form continues to gain new enthusiasts today. An opera is a piece of performance art that combines music with text and is often a dramatic enaction of a story, complete with acting, scenery, and costumes.

There is no better time to celebrate your passion for opera than National Opera Day. If you have yet to develop a passion for opera, Opera Day is the perfect day to begin. The most standard way of celebrating is to experience an opera for yourself. Check with your local theatre and see if there is a performance you can attend. If this isn’t an option, the Internet has made it easy to experience the wonder of opera from the comfort of your home. Try browsing Youtube for performances of masterpieces by the likes of Verdi, Mozart and Wagner.

If you’re musically inclined, you can take your Opera Day celebrations a step further. Get together with your most musical friends, and put on an opera of your own. It is easy to find the text of famous operas online, and you can divide the parts up amongst yourselves and have a riot of a time.

A crash course in opera

While many of us would recognize an opera if we heard one, we may not be as familiar with the definitions and distinctions surrounding this complex musical genre. In short, an opera is a piece of performance art that combines music with text to create a dramatic enactment of a story, complete with acting, scenery, costumes and dance. The term opera is in fact the Italian for “work”, and the text is called the libretto, meaning “small book”. There are a whole range of types, from opera seria (noble and serious) and opera buffa (comedic) to operetta (light opera) and semi-opera (combining spoken dialogue with masque-like sections).

Generally speaking, operas consist of two kinds of music: recitatives and arias. Recitatives closely resemble speech and are there to help move the plot along, whereas arias are elaborate and often long songs for individual characters, allowing them to express their thoughts and emotions to the audience. This is one of opera’s defining characteristics compared with most musicals; whereas the more modern genre tends to intersperse its hits with spoken dialogue, operas are pretty much entirely sung, even if this means the recitative passages aren’t always especially tuneful!

Opera developed as part of the classical music tradition in the West, first springing up in Italy and quickly spreading across Europe, including France, England, Germany and Russia. The first operas aimed to rekindle Ancient Greek drama, especially the role of the chorus, and it wasn’t long before opera became popular entertainment, with the first opera season taking place in Venice in 1637.

This versatile art form has evolved and diverged in numerous ways throughout its history. For much of the 18th century, opera seria, with its elevated style and virtuoso performances, was the prevailing force in Italy. Yet as with all artistic movements, others reacted against this trend – Mozart is well-known for his comic operas such as The Marriage of Figaro, while Verdi is famous for confident, patriotic operas. Wagner meanwhile was one of the most influential opera composers, dissolving the distinct recitatives and arias into “endless melody” and developing the idea of the Gesamtkunstwerk (“complete artwork”), a synthesizing of different art forms into one.

Composers in the 20th century continued to push musical boundaries, experimenting with concepts such as atonality and dissonance. And of course the modern era saw the explosion of musical theater, the younger sister of opera. While there are a number of key differences, some musicals closely resemble opera – look no further than Les Misérables for plenty of recitative passages! The genre has also influenced current entertainment, with soap operas revolving around personal dramas in much the same way that opera has always done.

The power of opera singers

Another particularly distinctive aspect of opera is its singing style – opera singers are renowned for their powerful voices, able to belt out melodies to such a volume that they fill a whole opera house without a microphone!

Famous performers include Luciano Pavarotti, Maria Callas, Andrea Bocelli and Jenny Lind (also known as the ‘Swedish Nightingale’ and familiar to modern-day audiences thanks to The Greatest Showman). Singers are categorized according to their range: male singers with the lowest voices are known as basses while female singers with the highest voices are called sopranos. In fact, the term prima donna (literally “first woman”) stems from opera, originally meaning the leading female singer but nowadays usually meaning someone who’s a bit of a diva!

Of course, what we all really want to know is whether opera singers can truly shatter glass – and it turns out they can! By singing at the same resonance of very fine glass, opera singers are able to reach a volume at which the vibrations generated cause the glass to break. The trick takes volumes of over 100 decibels (normal speech being around 50) and requires years of training, so probably not one to try at home – plus spare your neighbors!