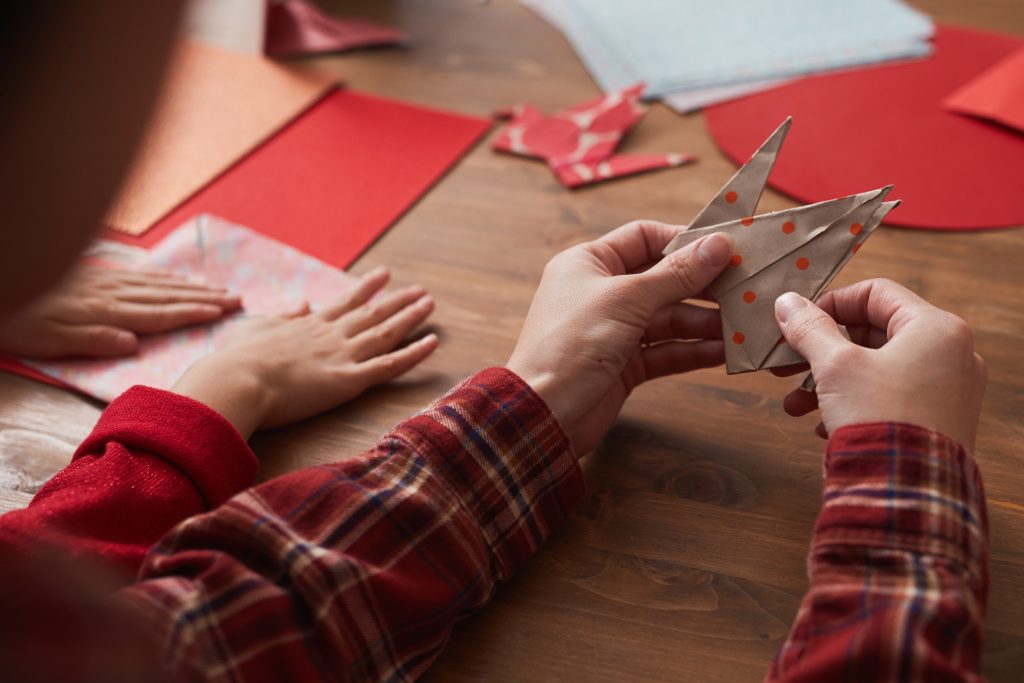 When you fold a piece of paper, you’re essentially changing the memory of that piece.

Eric Demaine in Between the Folds

There’s a birthday coming, and it’s an important one for all you paper folding fanatics. It’s the birthday of Lillian Oppenheimer, the founder of the first origami group in America. She also was instrumental in the founding of the British Origami Society and Origami USA. So if you love the art of folding paper and creating beautiful creations from paper, cloth, dollar bills, napkins, or anything that’ll hold a crease, Origami Day is for you!

The art of folding paper arose in several places throughout the world, including Europe, China, and Japan. It has accompanied traditions and celebrations of every kind, including funerals, birthdays, and more. The first actual reference to a paper model is in a poem, which somehow seems appropriate given that such things are traditionally written on paper. In that poem, a butterfly design was referenced in connection to Shinto weddings, but that’s just one of many ways that these designs were used.

In Europe, it was napkin folding that was all the rage, a tradition which was abundant during the 17th and 18th centuries as a sign of being a good host or hostess. Sadly, this particular tradition was going to fade out and become nearly forgotten until recently, when it’s beginning to see something of a resurgence.

When Japan opened its borders in the late 1800’s, they started incorporating German paper folding techniques and two worlds came together in a glorious union. These days Origami has been used as a beacon of hope, with the tradition of folding a thousand cranes being done for people who are in the hospital fighting cancer, for instance.

How to celebrate Origami Day

Well, it’s quite simple really. Pick up a piece of paper and start folding it into something amazing. Ok, so it really isn’t THAT simple, but there’s plenty of opportunities for you to use online resources and books from your library to start making amazing creations out of paper.

Got a wedding coming up? How about sending delightfully folded origami invitations? How about a birthday? Place settings made from folded paper or napkins could truly be striking. You could even help brighten up a reception, a retirement, or any other celebration by creating beautiful works of art from folding paper or cloth that will impress everyone.

While traditionally origami only involves folding paper and cannot include the use of any scissors or knives, modern-day origami artists do not make any distinction between sculptures that are made just by folding paper and kirigami – a variation of origami that creates models by cutting and gluing together paper.