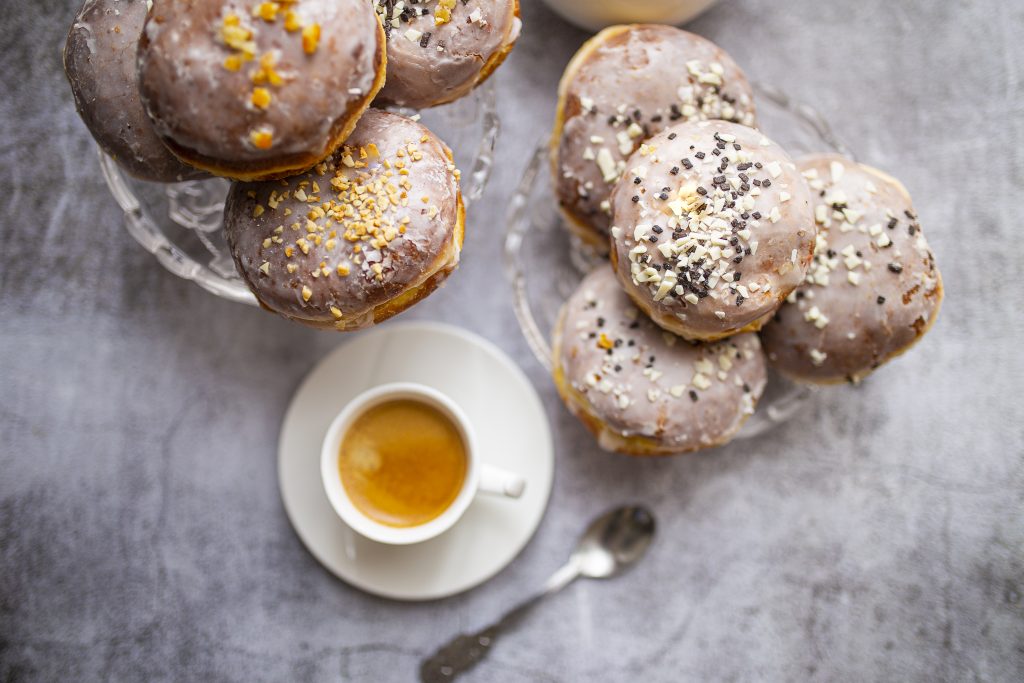 The sweet holiday of Paczki Day takes place the day before Ash Wednesday.

The Polish tradition of indulging in fried dough filled with jams, custards, or other sweet surprises dates back to the Middle Ages.

A PUNCH-kee or POONCH-key or POOCH-key is traditionally a round Polish pastry filled with fruit and coated in sugar. Those who would be fasting during Lent needed to empty the pantry; this Polish pastry was an ideal way to use up what was in the larder. More modern versions fill the paczki with custard or cream and even cover the outside with a glaze and sprinkles.

The day is also full of music and entertainment, much like Fat Tuesday and borrows many traditions from the French.

To most Polish Americans, Paczki Day means making a ton of Paczki and binge-eating them in the company of family and friends. This day is celebrated before Lent. Since Lent is a time of sacrifice, Paczki were created to use up a household’s supplies of things that the family wouldn’t be able to eat during Lenten fasting. This included lard, sugar, eggs, and more. It was basically a day for people to fill up on all the goodness they’d have to give up for the next month.

In some cultures, Paczki Day is also celebrated on Fat Thursday because it marks the start of the final week before Lent. But either way, a lot of Paczki are made and enjoyed by many Polish people on either day.

This tradition is unique since it dates back to at least the Middle Ages. That means Paczki recipes have been around for a long time. But, just like traditions themselves, the recipes have evolved as time has gone on. Modern versions of paczki are filled with custard or cream, and some are even covered with glaze or sprinkles. Some well-known modern flavors include lemon, Nutella, and strawberry.

Each year, you can celebrate Paczki Day the day before Ash Wednesday.