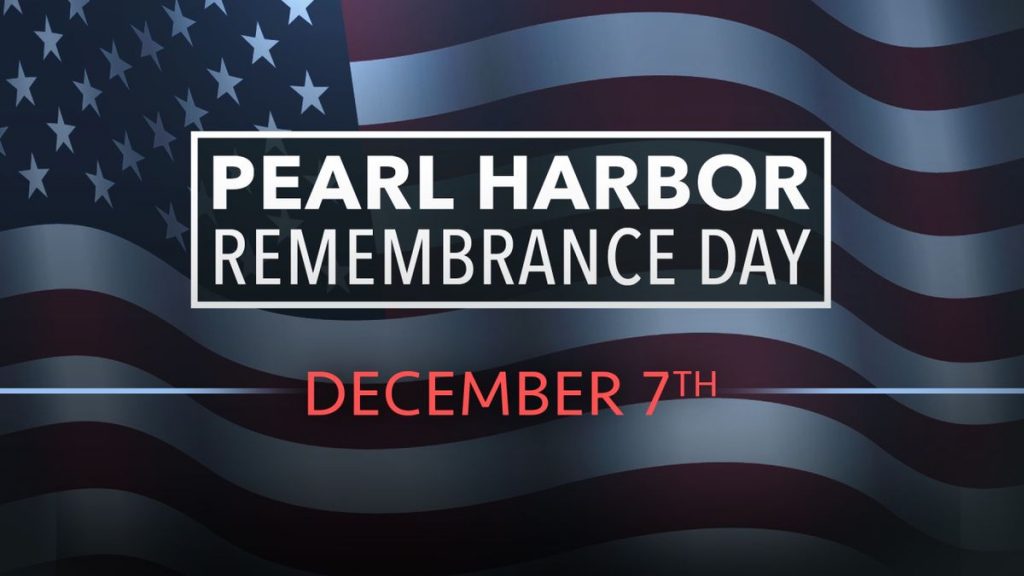 Each year on Dec. 7, Pearl Harbor Survivors, veterans, and visitors from all over the world come together to honor and remember the 2,403 service members and civilians who were killed during the Japanese attack on Pearl Harbor on December 7, 1941. A further 1,178 people were injured in the attack, which permanently sank two U.S. Navy battleships (the USS Arizona and the USS Utah) and destroyed 188 aircraft.

Yesterday, December 7, 1941 — a date which will live in infamy — the United States of America was suddenly and deliberately attacked by naval and air forces of the Empire of Japan. — President Franklin D. Roosevelt

There is a beautiful lagoon in the Hawaiian Islands that is named for the lustrous jewel that is formed when a piece of sand irritates a clam into coating it to protect itself. This harbor also houses the headquarters of the United States Pacific Fleet, and has been an important part of the American Naval placement in the Pacific Ocean since 1887.

Little did anyone know at that time that an attack on this harbor would bring the entire might of the American Military into a war it was desperately seeking to avoid. Pearl Harbor Remembrance Day honors the men and women who died in the Japanese attack on this beautiful harbor one December day in 1941.

Sometimes referred to as Pearl Harbor Day, this is a yearly day of remembrance for those who lost their lives on the 7th of December in 1941 at Pearl Harbor. We pay honor to the citizens who were killed when Japan sprung their surprise attack. This date results in World War Two, as the United States declared war on Japan on the following day. Pearl Harbor Remembrance Day has been entered into publication in Congress, meaning that it has been an official date since 1994. The then-President Bill Clinton signed the joint resolution at the time.

On this day, organizations across the United States hold tributes to honor the memory of Pearl Harbor. There are also a lot of reunions and survivors share their stories as well. Traditionally, the United States flag will be flown at half-staff until sunset. This is an act that honors the people who lost their lives while they were serving for the U.S. at Pearl Harbor.

Today, there are a number of different sites at Pearl Harbor that have been created in memory of those who served during the bombing. Pearl Harbor is the final resting place for a lot of the crew of USS Oklahoma, USS Arizona, and USS Utah. The memorials here serve as a place of honor to the service members who lost their lives during the attack. They also act as a touching and emotional reminder of war and the loss that it causes.

At Pearl Harbor, you will find the USS Bowfin Submarine Museum and Park, which pays honor to the American submarine that sunk 44 ships during World War Two. There is also the USS Utah Memorial. This is in remembrance of the former battleship, which in 1931 was converted into a target ship. It was sunk in an attack on the 7th of December in 1941. Another site is the USS Oklahoma Memorial, which pays tribute to the battleship that was also sunk on this date, resulting in 429 men losing their lives. There is also a marble memorial that goes over the sunken battleship USS Arizona, which is in tribute of the 1,177 crew members who died.

The History of Pearl Harbor Remembrance Day is the history of the attack itself, an attack that took place on December 7th, 1941. The attack was devastating, killing over 2,400 citizens of the United States from the time it began at 7:48 am Hawaiian time and ended just 90 minutes later, making the attack incredibly devastating. Multiple ships were lost during the attack, though things could have been much worse.

Intelligence gathered after the attack indicated that there was intended to be a third-wave of attacks to hit the island, complete with an invasion fleet intended to take the island and prevent it from being used as an American base of operation.

The purpose behind this surprise attack? America was well positioned in the Pacific to interfere with Japanese fleet maneuvering, and it was hoped that by launching this assault they would cripple the US Pacific Presence and be able to control the ocean unhindered.

HOW TO OBSERVE NATIONAL PEARL HARBOR DAY OF REMEMBRANCE