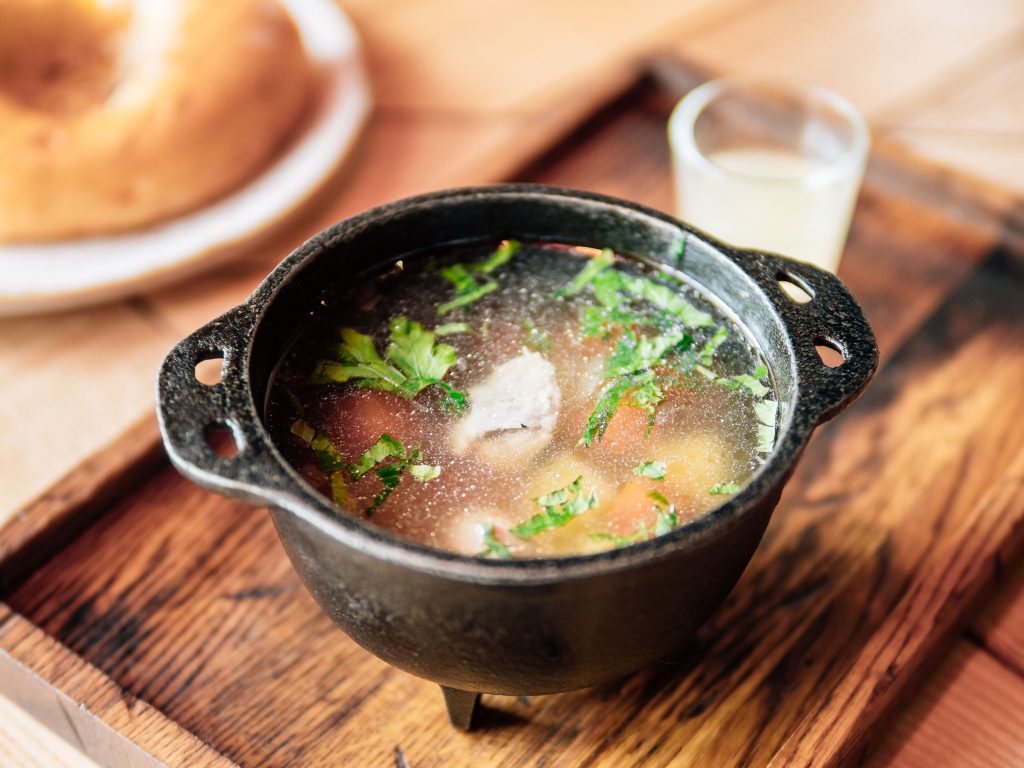 National Pepper Pot Day commemorates a dish that earned the nickname “the soup that won the war.” The observance takes place annually on December 29th.

The winter of 1777 – 1778 was brutal. The Continental Army was fighting for the newly formed country of the United States of America during the Revolutionary War. As they camped at Valley Forge on December 29th, 1777, George Washington asked the army’s chef to prepare a meal that would boost their morale and warm them. The chef rounded up some peppercorn, small bits of meat, tripe, and other ingredients. He called it Pepper Pot Soup, also known as Philadelphia Pepper Pot Soup.

The troops received the meal well, and nicknamed it “the soup that won the war.”

Pepper Pot, a thick and spicy soup that is an American staple dish, especially in the southern regions of the United States. What is Pepper Pot? Well, it’s a soup that contains twelve different ingredients. Now that we know the ingredients for the Pepper Pot, let us look into the history of the day named for it, Pepper Pot Day, shall we?

In the modern world of today, Pepper Pot Soup has many, many variations to it. But the soups true origins began on December 29th of 1777 during the Revolutionary War, the Continental Army had been experiencing an exceptionally harsh winter during the battle of Valley Forge. The soldiers were low on food because the farmers in the area had gone and sold all their supplies to the British Army for cash rather than the weak currency that the Continental soldiers could offer them for their crops. Christopher Ludwick, a baker general of the Continental Army, gathered whatever food he could scrounge together to feed the cold and frail soldiers.

The chef was able to find scraps of tripe, meat, and some peppercorn. He then mixed the ingredients together with some other seasonings and created the hot, thick, and spicy soup we now know as pepper pot soup. It quickly became known as “the soup that won the war.” The soup gave the soldiers the warmth and strength that they needed to push the enemies back through the harsh winter weather.

Place the tripe or other meat that you have selected to use in a saucepan, and cover with water. Bring to a boil, and turn off the heat. Allow the meat to cool a bit in the water, and then drain and rinse. Cut into 1/4 inch pieces.

In a large heavy kettle, saute the bacon until clear. Add the onion, celery, leeks, parsley, and green peppers; saute until tender.

Stir in beef stock, thyme, marjoram, cloves, red pepper flakes, bay leaf, and black pepper. Bring the kettle to a boil, and turn down to a simmer. Cook, covered, until meat is very tender, about 2 hours.

Add the diced potato and carrots, and cook for an additional 20 minutes.

Prepare the roux by stirring the flour into the melted butter or margarine, and cooking for a moment on the stove. When the soup is done to your liking, stir in the roux. Simmer, stirring all the while, until the soup thickens a bit. Correct the seasonings.