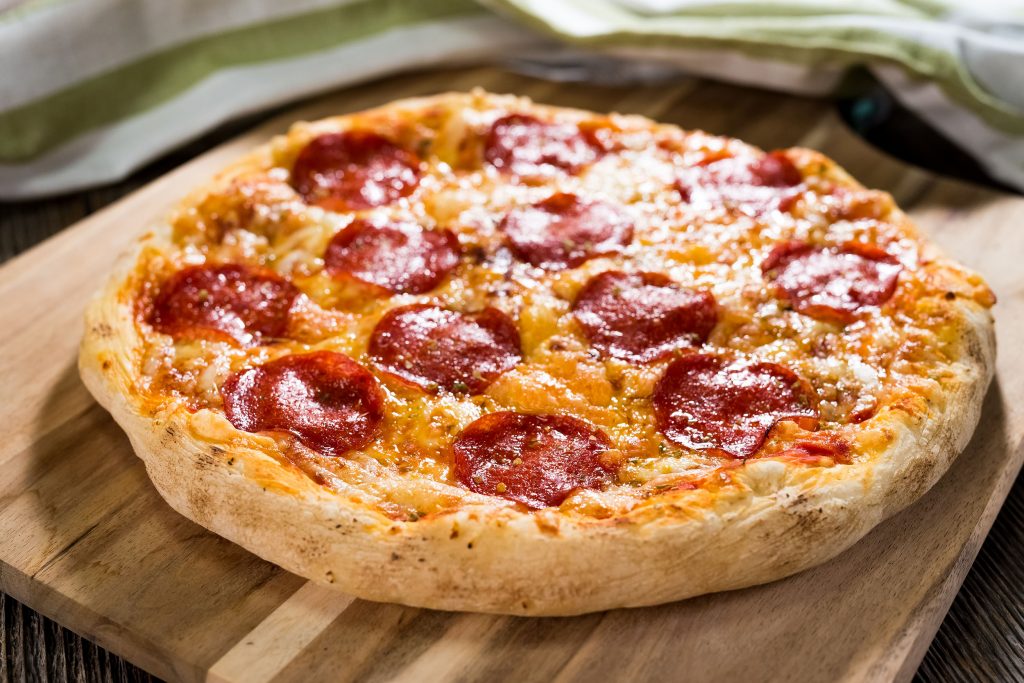 On September 20th, Pepperoni Pizza Day recognizes the most popular pizza ever created. The day celebrates the pizza enjoyed by young and old alike.

Pepperoni is an American variety of salami, made from a cured mixture of pork and beef seasoned with paprika or other chili pepper. Pepperoni is characteristically soft, slightly smoky, and bright red in color. Thinly sliced pepperoni is a popular pizza topping in American pizzerias. 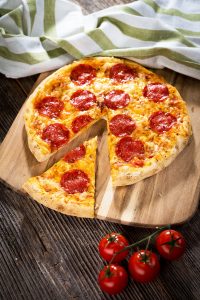 There’s no better feeling in the world than a warm pizza box on your lap. — Kevin James

We have to agree with Mr. James, there’s a series of promises made in that fragrant, warm cardboard box. Rich, savory red sauce and the long tantalizing stretch of delicious cheese are held within, a delicious treasure to share with your friends and family, or hog all to yourself. The perfect topping for the delicious dish, well-spiced pepperoni. Pepperoni Pizza Day reminds you to give this classic a place in your day, and give yourself a break from cooking.

Pepperoni pizza has become the standard pizza for people everywhere and stands apart as the singularly most ordered type of pizza in the world. Whether you’re buying pizza for a birthday party or a day at the office, you know that you can guarantee a positive response by buying one topped with pepperoni. The pizza was believed to have first been conceived of in 1889 by Raffaele Esposito, though others believe that the first one was sold in 1738 in Naples, Italy.

Pizza is consumed at every point in the day, piping hot for dinner and lunch, and cold in the morning. Some people even profess that pizza tastes far better cold than it does hot from the oven, though we think that’s largely dependent on the type of pizza. Oh, and for those of you who are engaged in that whole ‘pineapple vs no-pineapple’ debate, we’re here to weigh in that pineapple is a fine pizza topping. You are allowed to disagree, of course, we’ve never been in the business of stopping people from going about the business of being wrong. We know that eventually, you’ll come around, but in the meantime, we can agree on pepperoni pizza is the best of pizzas.