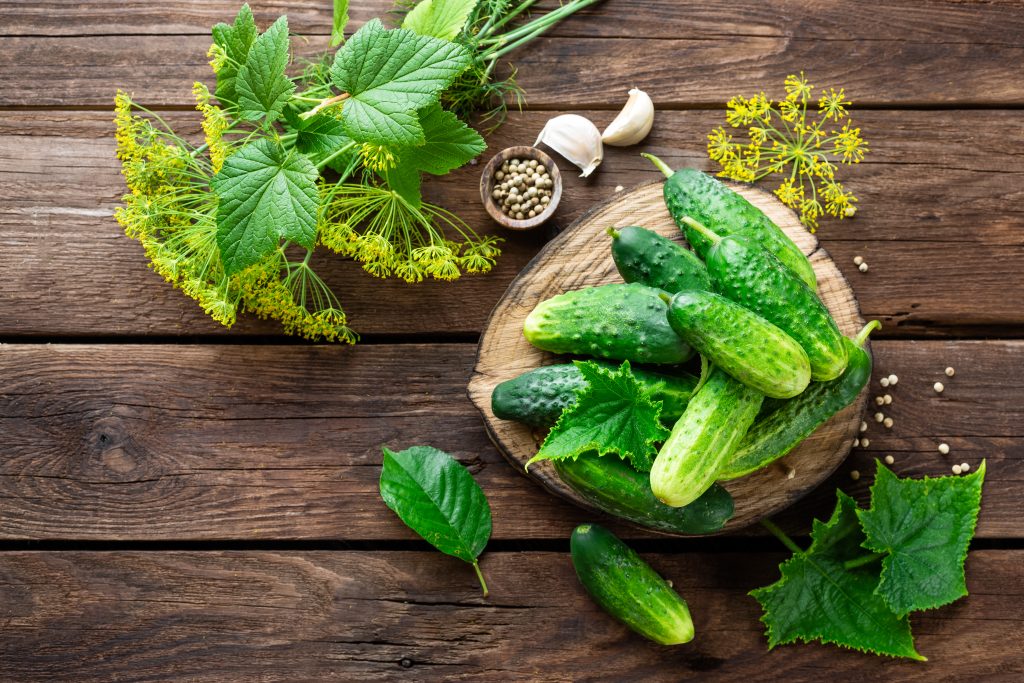 It’s Pickle Day, everyone! Did you forget? Oh, then you must think you’re in a right pickle, but don’t worry.

Be as cool as a cucumber, because there’s still time to munch on some pickles, yet.

No matter whether you like Gherkin, Dill, Lime, Bread-and-Butter, Branston, Cornishon, Hungarian, Polish, Danish or Swedish pickles, made in either in brine or vinegar, you can be sure these fermented morsels are so much more than mere hors d’oeuvres.

Granted, they don’t hold much value in terms of nutrition, except maybe for their moderate vitamin K as well as high sodium contents, and they don’t usually garnish the healthiest meals…but if it’s wrong to pump your blood full of pickle sodium, then you don’t want to be right. And heck, once you’re finished eating all of the pickles out of the jar, you might just drink the juice.

Take that, nutritionists! However, if you still happen to be hungry when you’re finished doing this, however, you can proceed to have a Koolickle or two for dessert.

What is Koolickles, you ask? Koolickles are none other than pickles that have been marinated in brine and … Kool-aid, resulting in a sweet but tangy treat that children seem to be fond of but that makes most adults shudder at the shameless combination of pre-made ingredients.

Pickles take their name from the Dutch word for ‘brine’, and they began to be a popular food some 4,000 years ago when cucumbers were first imported from India, as they hadn’t really existed in Europe or North Africa before then. Cleopatra is said to have attributed her looks and youth to the green treats among other things.

Nowadays, no pensioner can go without a pickle in some parts of the world, while some pregnant women are said to crave them alongside ice-cream as part of their bizarre pregnancy-related food cravings.

The best way to celebrate this day, and I’m sure you’ll all agree if to consume as many pickles as possible.

You can eat them straight of a jar, but if you feel like trying your hand at a new dish you may want to make some traditional Polish pickle soup to warm you from head to foot on a chilly November day. Didn’t know anything like that existed? D

on’t worry, just live and learn, and enjoy the deliciousness that is salty and sour pickle soup.

Cook covered over low heat until the potatoes start to get soft (that should take about 10 minutes). In a small bowl or a cup, combine the flour and the milk, and then add it to the broth. Bring the entire mixture to a boil and then remove from heat. Season with salt and pepper. Garnish with sour cream and or freshly chopped dill.

The practice of pickling has existed for thousands of years. The process ensured a degree of preservation otherwise impossible in pre-modern conditions and was essential in providing a mobile supply of provisions for travelers as well as a dependable source of nutrition for those living through barren winters.

While a diverse set of foods can be pickled, the cucumber emerges as the dominant food that most associate with the idea of both pickling and the word “pickle” itself. Archaeologists believe that the first evidence of pickled cucumbers originates from Tigris river valley civilizations, and the nutritional benefits of the food would go on to be lauded by such historical figures as Cleopatra and Julius Caesar.

With all their popularity in the Old World, pickles would not make their appearance in North America until 1492. As you may have guessed by the year, the one responsible for their introduction was none other than Christopher Columbus.

Pickles were included in sailors’ rations on his expeditions as a means by which to prevent the onset of scurvy. By the mid-17th century, cucumbers bought from Dutch settlers farming in the New York area were pickled and distributed throughout the region. This would lay the foundations for the territory to be the perfect site for the introduction of the kosher dill pickle.

In the period of the late 1800s and early 1900s, a large number of Eastern European Jews immigrated to the United States and settled in the New York City area. They brought with them the unique methods that produce kosher dill pickles, and these early iterations of pickles would develop into the now-famous and ever-familiar food available in grocery stores throughout the United States.

A pickle in every home

More than 67% of all households eat pickles. American households in particular purchase pickles every 53 days!

Americans consume more than 9 pounds of pickles per person annually. To give context, the average cucumber weighs about 0.8 pounds.

100,000 to 125,000 American acres are specifically devoted to growing pickling cucumbers and they’re grown in more than 30 states.