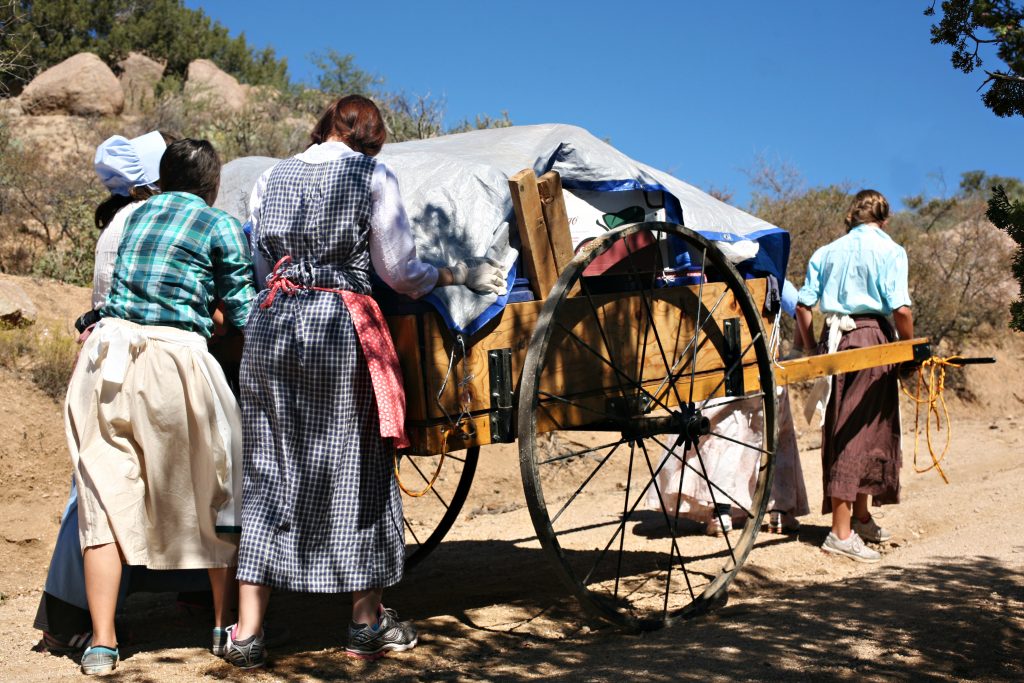 Pioneers have shaped U.S history through their long journey across the plains and Rocky Mountains. However, besides learning about it in history class, not many people know that pioneers helped shape much of the history of our states and how they identify in today’s world. Pioneer Day is what it says; it’s all about the pioneers!

But not just any pioneers – the Church of Latter-Day Saints have much involvement in the expansion of the United States and because of their long travels, the Mormons now exist as a Christian religious sect that helped form what we know today as the state of Utah.

Pioneer Day has been created in order to commemorate the day the very first group of Mormon pioneers came to Salt Lake Valley. While the date is considered an official state holiday in Utah, there are also celebrations around the world. After all, pioneers come in many different shapes and forms, and so a lot of people use this date to celebrate pioneers in a broader context, while also paying tribute to the Mormon pioneers in the process. For the Mormon faith, though, it is an especially important date. Nevertheless, local people also consider it important in terms of recognizing everyone who has contributed to the state, irrespective of their background or their religion.

Commemorating the first arrival of Mormon pioneers to Salt Lake Valley, it is considered to be an official Utah state holiday. The Mormons were led by Brigham Young, the second president of the Church of the Latter-Day Saints from 1847 until 1877.

Young and the group of Mormons were considered to be the first people to establish Utah as their homeland, traveling from Nauvoo, Illinois in fear of persecution. Their travels were sparked by the murder of their prophet and leader Joesph Smith in June of 1844. Making across the plains of the midwest and over the cliffs of the Rocky Mountains, many lost members due to disease from the cold winter months.

Once they reached Utah, they began farming and sending messages back to inform other members of the Church that “the promised land” was found. Two years later, a small gathering was held to celebrate their arrival.

The holiday had continued to expand as Mormons continued to push west. Utah is considered to have one of the highest populations of Mormons in the country, alongside states such as Arizona, Nevada, Colorado, and Idaho.

Throughout the day, people shut down their offices and businesses to attend festivals, firework displays, pageants, cookouts, and rodeos. Some also go out dressed like pioneers and reenact the events of the western expansion.