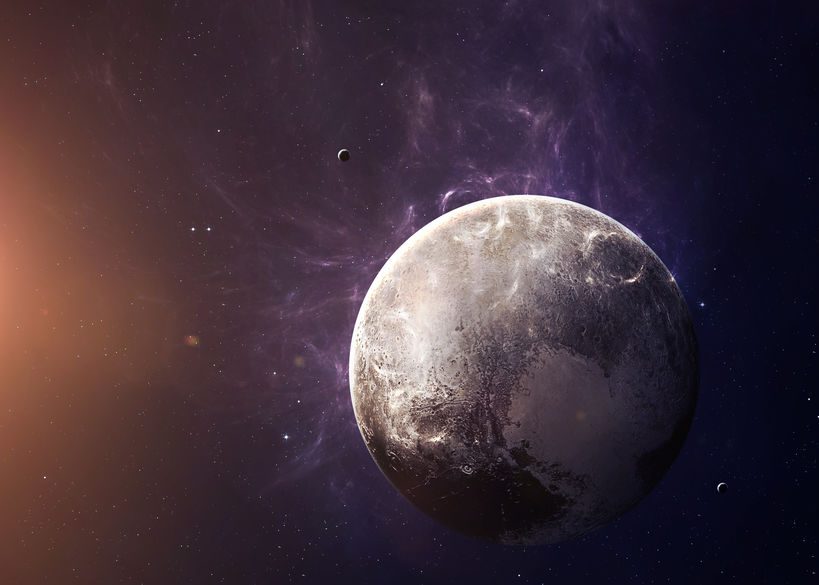 Every year, Pluto Day on February 18th celebrates the discovery of the former planet. Up until 2006, the dwarf planet was considered one of the nine planets in the solar system.

Clyde Tombaugh, an American astronomer, discovered Pluto. He made the discovery at the Lowell Observatory on February 18th, 1930 84 years after the discovery of Neptune. Pluto was named for the Roman god of the Underworld.

The name also honors Percival Lowell. His initials are the first two letters of Pluto. Lowell was an American astronomer who believed there was another planet beyond Neptune. He initiated the search that led to the discovery of Pluto. On March 19, 1930, Lowell Observatory officially announced the discovery of a 9th planet.

Planet or Not a Planet?

On August 24th, 2006, the International Astronomical Union (IAU) reduced Pluto to a dwarf planet. The IAU determined that Pluto failed to meet certain criteria that defined it as a full-sized planet. A full-sized planet must:

Pluto meets the first two criteria, but not the third. In other words, there are no other bodies of comparable size under its gravitational influence. Also, modern technology has allowed astronomers to discover other bodies in space that are the same size or larger than Pluto. While hundreds of dwarf planets exist, the IAU only officially recognizes five of them. They include Ceres, Pluto, Eris, Haumea, and Makemake.

Despite these facts, scientists and the general public, have had a hard time accepting the idea that Pluto is no longer a planet. Many people remember the mnemonic, “My Very Educated Mother Just Served Us Nine Pizzas.” The first letter in each world helped them to remember the order of the planets. The “P” in Pizza, referred to Pluto. The mnemonic was changed to “My Very Educated Mother Just Served Us Noodles.”

Just because it is no longer a planet, you can still learn interesting facts about Pluto:

The story of how Pluto was discovered actually starts in the 1840’s, when one Urbain Le Verrier determined that there was a planet outside of Uranus, but that planet obviously wasn’t Pluto, it was Neptune. But the same methods by which Neptune was discovered led to another beyond it. You see, Uranus was demonstrating some oddities in its orbit, oddities caused by its nearest, yet undiscovered, neighbor, Neptune. Once they were able to actually observe Neptune, they realized that another planet must be disturbing Uranus’s orbit as well, what they were seeing couldn’t be explained merely by Neptune.

This led to a search for Planet X (an Amazing name that we think Pluto should have kept, but we’re not able to do anything about that, obviously) headed by Percival Lowell. Unfortunately Powell would pass from this mortal coil (and into the hands of Pluto, God of the Dead) before Pluto was discovered… At least, before he would know about it. You see, during their surveys of the deep sky in search of ‘Planet X’, two faint smudges would appear that were later to be revealed to be Pluto.

The actual discovery of Pluto happened in February of 1930 by Clyde Tombaugh. After so many years and so many lives spent searching for it, we think that Pluto deserves to remain a planet, don’t you?