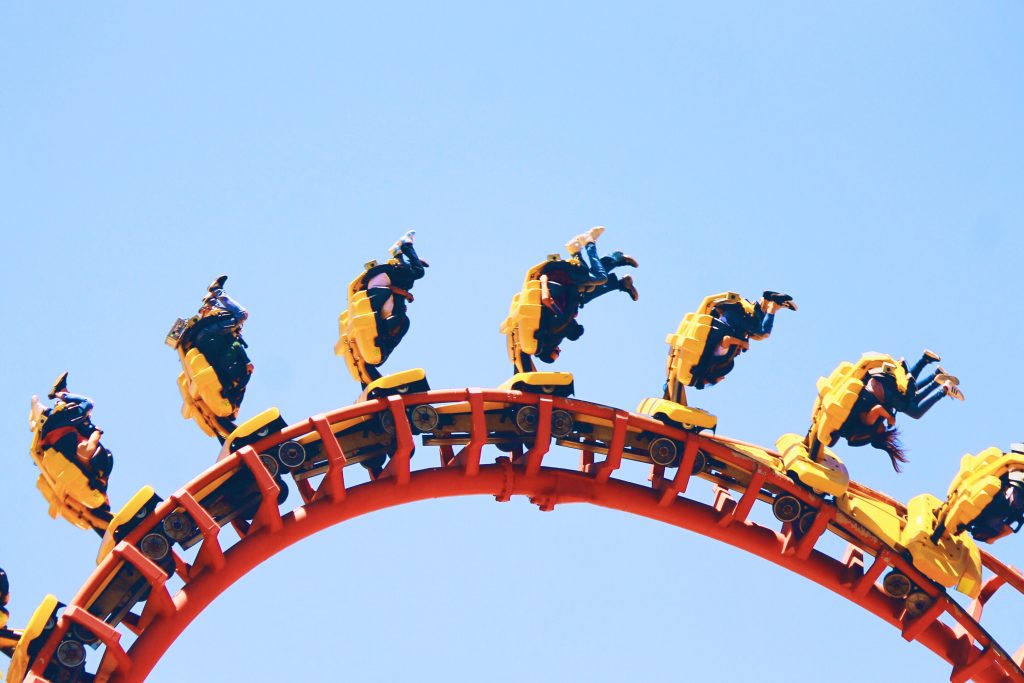 Each year on August 16th, people flock to amusement parks for a thrill, a few exciting screams, and to celebrate National Roller Coaster Day. What is life if not for the fun of a freefall rollercoaster ride? We don’t need to pretend to be adult and serious on this imprudent day.

The day commemorates the first verticle loop roller coaster which was patented by Edwin Prescott on this day in 1898. A roller coaster consists of one or multiple cars on a track. While they are similar to railroad systems in design, the inclines and vertical loops incorporated in the structures aren’t for transportation. These elements boost the thrills rollercoaster enthusiasts seek!

The oldest roller coasters are believed to have originated from the so-called “Russian Mountains.” Built in the 17th century, these specially constructed hills of ice located near Saint Petersburg, Russia rose between 70 and 80 feet in height. Passengers faced 50-degree drops. Wooden supports supplied reinforcement.

Roller coaster designs have existed since at least 1872 when J.G. Taylor received one of the earliest patents. He called his creation an inclined railway. Another patent granted for an inclined-plane railway was granted to Richard Knudsen in 1878.

Have the courage to take this iconic ride on Rollercoaster Day that is present in every theme park in the city. They employ some sort of railroad track, which is elevated and designed with inversions, steep slopes, and tight turns. People ride along the track in open cars, enjoying a thrilling experience.

There are some great facts about the rollercoasters of today and the past. For example, in Pennsylvania, there is a wooden rollercoaster that was built in 1902 and it is still in operation today. It is called Leap-The-Dips and you can find it at Altoona. It does not have headrests, lap bars, or seatbelts, but don’t worry, as it only goes ten miles per hour.

Have you ever wondered why some people love rollercoasters and other people hate them? Well, it could be to do with the chemical makeup of your brain. From the spirals to the drops, dips, speed, turns, hills, and loops; there is no denying that rollercoasters are thrilling! However, those with higher levels of dopamine tend to prefer sensation-seeking activities. Dopamine is a neurotransmitter that is linked to reward-motivated behavior.

The eventual fate of rollercoasters positively looks invigorating also, as it guarantees thrill ride water slide mashups, just as vehicles that turn. Entertainment mecca innovations are being protected constantly, and this can assist you with getting a decent comprehension of what lies ahead in the realm of rollercoasters.