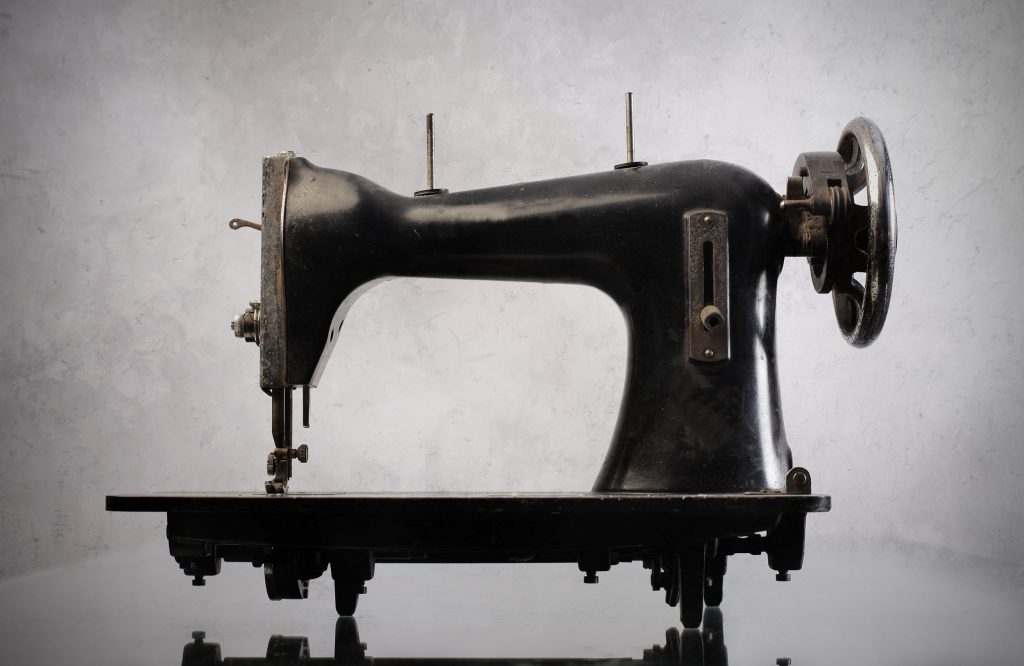 June 13th is Sewing Machine Day. Long ago, when mankind first started working with fibers to produce clothing, things were long and arduous. Fiber had to be laboriously broken down and spun into yarn and thread, and then thread woven into cloth. That cloth would then be cut and stitched together using a needle and thread, with someone laborious picking out every stitch by hand. Then something amazing happened, the Sewing Machine was invented, and with it, the process of making clothing grew ever more efficient. Sewing Machine Day celebrates the invention of this amazing device.

Grandma probably had one, and she probably learned from a young age how to use them too. Remember how it was always grandma, with a pair who was the only one to effectively thread a needle and how she could take up that new pair of pantaloons that you needed for the school play? That’s because sewing machines have long been a staple in fashion and in the times when most young women worked in clothing factories. Today, this traditional tool is still used in certain industries and of course, also, makes a wonderful statement piece in a house.

In 1755 there was a man who saw a need and decided that he would be the one to fill that need with a miraculous device that took all the labor out of hand sewing. Charles Frederick Wiesenthal created the idea of a double-pointed needle with an eye at an end, but it wasn’t until 1790 that the true revolution in sewing was conceived of by Thomas Saint, but alas, it failed to be properly introduced to the world, no sign of a working version of his invention still exists.

So the tale goes on until 1829 when Barthélemy Thimonnier invented and patented the amazing machine that would go on to revolutionize the textile industry. From that point forward the development of the sewing machine has only gotten better, with high power surges and programmable embroidery machines coming along to fill every possible niche in the sewing world. Sewing Machine Day celebrates the creation of this device and all the men and women who have worked diligently over the years to produce the next best sewing machine. These wonderful people are directly responsible for the ease with which clothing is obtainable today, and how easily someone can pick up the age-old art of sewing.

It is much faster than stitching by hand, and gives you less chance of arthritis too! It makes the little stitches of hems much quicker and easier in the long run. There is also a sense of accuracy to machines that will allow you to change and adjust as needed when using it, which makes it a clear winner. It’s neat, to the point, a no-fuss way of making things and there are additional bonuses too! You can play around with the stitching as well as create the famous ‘zig-zag’ stitch and you will always have style consistency when adding any type of buttonholes or additions. So really, they are truly a huge boon to fastidious sewers!