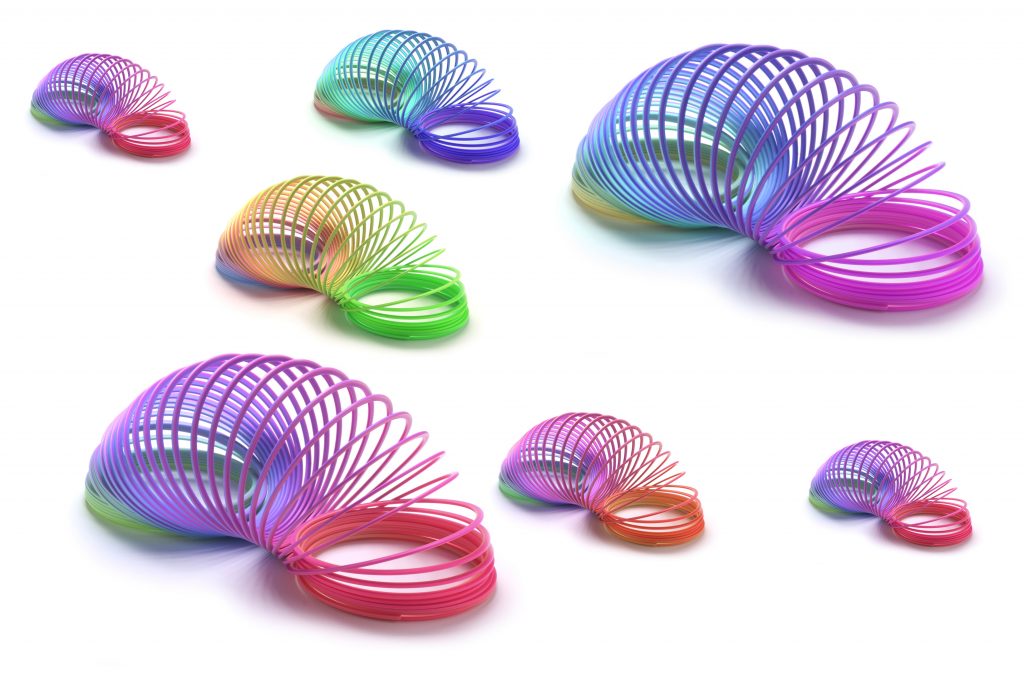 That little jingle has been heard by millions upon millions of people worldwide. Catchy, and with a toy that is a staple from our own childhoods, the Slink is a Toy Hall of Fame superstar.

Sitting up there with the likes of Barbie, G.I. Joe, and LEGO, this powerhouse of a toy has the humblest of beginnings. But even with those humble beginnings, it was more than enough to bring it to the attention of children worldwide, and later having Slinky Day to remember, and play with, those metal and plastic coils.

It’s National Slinky Day. Yep, 74 years ago, in 1945, a naval engineer first marketed a coil of metal as a toy. Smithsonian Magazine tells the story of Richard James who was working on something to secure equipment being shipped overseas when he dropped a metal coil and discovered it kept going and was better as a toy than a tool.

The Slinky was originally designed and sold in the 1940s. The inventor had accidentally knocked a spring off the shelf and watched it ‘walk’ down a series of books, to a tabletop, and then to the floor where it neatly coiled itself. The creator, Richard James, had gone home to his wife Betty and said “I think if I got the right property of steel and the right tension, I could make it walk. “ It took the better part of a year, but he had done it. Making 400 Slinky units with a five hundred dollar loan, James and his wife had founded a company to make, and sell, this unique toy to the masses. With a dollar for a price tag, they were interesting, but not really a hit.

Until the fateful day, that they were granted permission to set up an inclined plane in the toy section of Gimbles Department Store. Within ninety minutes, they had sold all 400 of the units, with more being requested. Only a year later, the Slinky was introduced at the American Toy Fair, the largest gathering of businesses that produce, and market, toys to various stores.

Since then, the Slinky has been marketed around the world, with both plastic and metal finding placement around the world in various forms. During the Vietnam War, United States troops used them as mobile radio antennas, as have amateur radio operators ever since. NASA uses them in experiments on Space Shuttles, and teachers use them to simulate the properties of oscillation in waves.