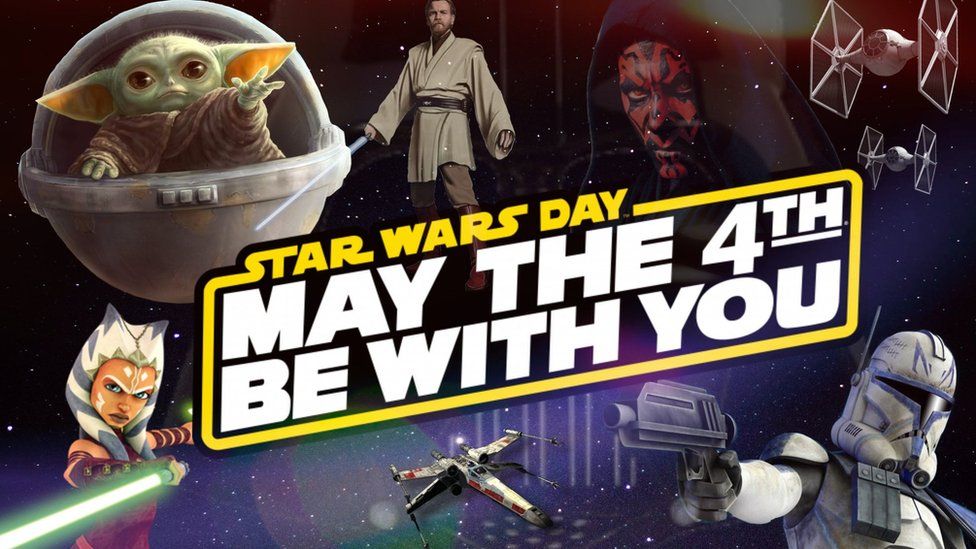 May 4th has become commonly known as Star Wars Day. And who could be surprised? The words, “May the 4th” seem to beg for the rest of the catchphrase to be uttered.

Regardless of whether you prefer Star Wars or Star Trek, or if you are even a sci-fi aficionado at all, the influence of George Lucas’ Star Wars on pop culture is undeniable.

It seems that George Lucas had a knack of being able to connect with people in ways that others just could not, let’s face it, is there really a piece of work this man is responsible for that we cannot affix a quote to somewhere?

The truth is, Star Wars day represents more than just a quote in a film, the day itself is internationally recognized and is now as much a part of life as some of the most popular holidays you can name, we just have to ask ourselves why this is.

Well, if there is one thing we know for sure, it’s that it started out as a homage to something quite brilliant and, in its infancy, belonged only to the inner circles. As time went on, however, it reached more people and gained traction.

When we think of Star Wars day now, it’s not only a day, it’s something fun, and it’s also an in-joke that pretty much everybody on earth is a part of. While it may sound silly, something as incredibly simple as Star Wars Day has played a huge part in bringing people together no matter what background they are from.

The question of how this happened is all in history, and the history of Star Wars Day is something that we are going to explore a little now.

The History of Star Wars Day

Star Wars, an epic space opera written and directed by George Lucas, premiered in 1977 and became an almost instant cult classic. Even today, almost 40 years later, Star Wars remains one of the most financially successful films of all time.

The franchise it began remains the most successful one of all time, earning over 2.5 billion dollars since the release of the first film. However, the money it’s earned over the years is hardly the most impressive aspect of Star Wars.

As famous film critic Roger Ebert put it: “Like The Birth of a Nation and Citizen Kane, Star Wars was a technical watershed that influenced many of the movies that came after.”

Star Wars was a real game-changer, beginning a new era of special effect-packed motion pictures bursting with excitement, adventure, and imagination that appealed enormously to younger audiences as well as older ones.

Many of today’s most acclaimed film directors, such as Peter Jackson, Ridley Scott, Christopher Nolan and James Cameron, cite Star Wars as a great influence on their careers.

Star Wars has also had an enormous cultural impact on other areas besides filmmaking, including politics–the Reagan Administration’s Strategic Defense Program was mockingly nicknamed “Star Wars.”

As recently as 2013, President Barack Obama used the phrase “Jedi mind meld” to describe what some people were expecting him to do in his opposition to make them accept his ideas.

“May the Fourth be with you” was first used by Margaret Thatcher’s political party to congratulate her on her election on May 4th, 1979, and the saying quickly caught on.

However, the first celebration of May 4th took place much later, at the Toronto Underground Cinema in 2001. This first official Star Wars Day’s festivities included a costume contest and a movie marathon. Fans’ favorite parodies of the franchise were also enjoyed, as were some of the most popular mash-ups and remixes.

While for some people, there may have been a fleeting thought that Star Wars Day was nothing but a fad that would die out, regardless of the fact the films never did, in swoop Disney, and they restarted the whole thing off and took it to a whole new level.

In 2015, Star Wars saw a new saga come and with all the charm, class, and lens flares that Disney could throw at it, and wow did it reignite a fire in Star Wars fans, and we know that lighting that fire again was tough after what JarJar Binks did to it.

Of course, the fire restarted with the Force Awakens, and the new saga promised to deliver fans everything they wanted from a 21st century Star Wars sage. Surprisingly, this time around, Disney really delivered and did what they did best, they took a franchise and made it incredible again.

With Disney behind it and a few familiar faces returning, Star Wars Day was soon to become something even more special to a whole new demographic. Now, a whole new set of parents have to explain why even though it’s set a long, long time ago, things are way more advanced than they are now.

It seems that over the last five years, Star Wars has reached millions of new soon to be Jedi warriors, and if we know anything about Disney, we know they are going to make sure that this franchise is never left to rest again.

Since its revamp, Star Wars Day has gained so much more popularity and is celebrated by Star Wars fans worldwide, and before long, we expect Disney to declare May 4th to be a national holiday.

The world is introduced to Star Wars with the first movie “Star Wars: Episode IV — A New Hope.”

‘I Am Your Father’

The shocking revelation of the father of Luke Skywalker creates a worldwide sensation.

A Star Wars land opens at Disney World at its Hollywood Studios location.

Cutest Baby in the Galaxy

TV series ‘The Mandalorian’ airs on television, introducing the world to Baby Yoda.

2,187 – the number of the Detention Center cell in which Princess Leia is held.

$4 billion – the investment by Disney in the Star Wars franchise.

2 billion – the number of lives lost when Alderaan is destroyed by the Death Star.

1,000 years – the time it takes Sarlaccs to digest their food.

6 – the number of bounty hunters Darth Vader hires to ﬁnd the Millennium Falcon.

2,500+ – the number of Stormtroopers assigned to Imperial Star destroyers.