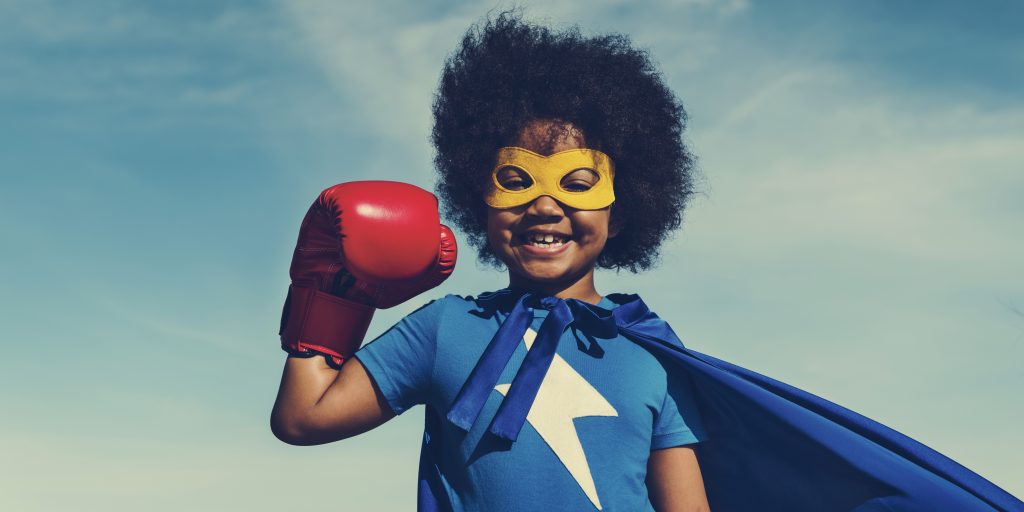 A hero can be anyone even a man doing something as simple and reassuring as putting a coat around a little boy’s shoulder to let him know that the world hadn’t ended.

When we think of Superheroes, it’s all too common that what comes to mind is a man or woman in a tight-spandex suit that is often brightly colored, garishly patterned, and inevitably has the underwear on the outside. But there are other kinds of superheroes in the world, those that wear Fireman’s Uniforms or Police Uniforms, those that drive ambulances or Medivac Helicopters, and sometimes they just wear the clothes of a mother or father hard at work. Superhero Day is there to remind us that superheroes can come in any shape, size, or color, and being one is more about the valor of the heart than super-powers.

Superhero Day first got its start in 1995, when Marvel Comics employees went out into the world to ask what superpowers kids would want to have. The results were people talking about superheroes in their own lives, and how they often looked like your normal person. Superhero Day reminds us that all too often superheroes are just everyday people who rise to the occasion when threats call and that this is an ideal that we can pass on and practice in our daily lives.

Every day men and women go out in the world and face threats to their lives and livelihood to help protect others from the dangers of fire, crime, and unexpected health issues, but the list of superheroes in real life doesn’t end there. Someone helping the homeless with food or clothes, comforting a crying stranger, or stopping to help someone with a flat tire on the side of the road can all be considered superheroes. When Superhero Day comes around, keep your eyes open for these superheroes in disguise and be sure to give them some recognition.

TRADITIONS OF THE DAY

National Superhero Day is a huge day for superhero geeks, movie lovers, artists, comic book collectors, and pop-culture enthusiasts. Traditions on this day span different entertainment mediums like film, print, and animation. Ever since Christopher Nolan’s epic “The Dark Knight Trilogy,” as well as Marvel’s “The Avengers” movies, the era of superheroes has continued to capture the public. Superhero movies are shown on some TV channels throughout the day, and watch parties and movie nights are hosted. To add to the fun, costumes of favorite superheroes are donned.

Comic book collectors and lovers share their prized possessions, and valuable comic books are exchanged more so than usual on this holiday. The art of comic books is honored and promoted, with fan art posted on social media. Superhero video games are also massive, so playthroughs are hosted live on Twitch and YouTube.

1989 – the year when Marvel comics introduced Mr. Immortal, whose only superpower was that he couldn’t die.

2009 – the year when The Amazing Spider-Man met President Barack Obama.

20 feet – the distance at which Daredevil can recognize a heartbeat.

$600 million – the amount of money it would cost someone to be Batman, according to comic book editor Darren Hick.

1960s – the year when Spider-Man’s catchy theme song was released.