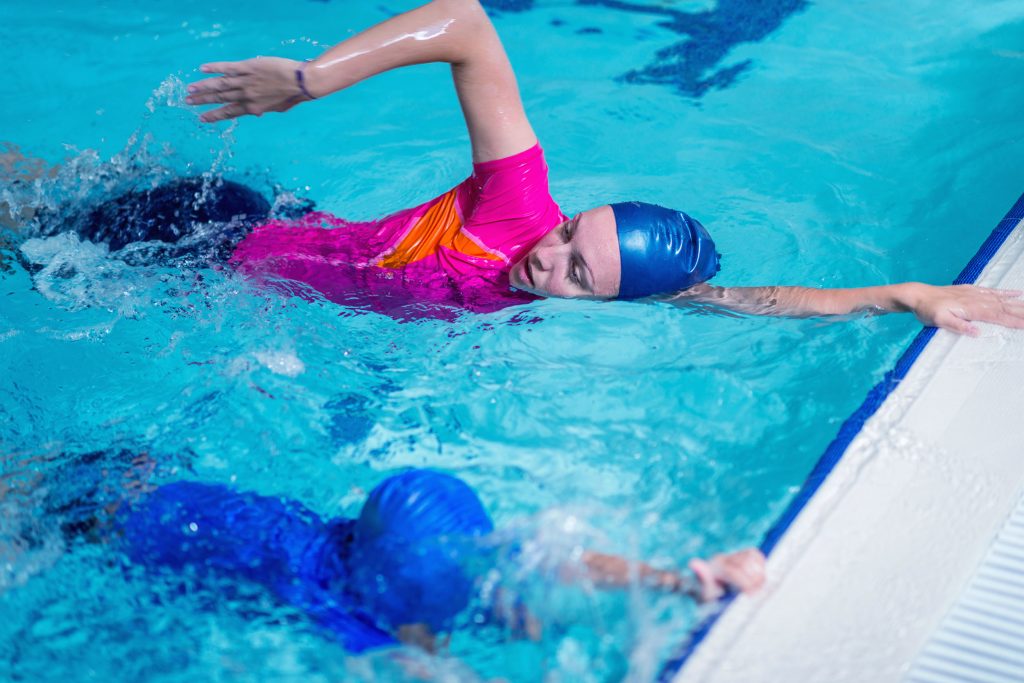 Take a lap, around the pool that is, Swim a Lap Day is a day to get your snorkel and goggles on and patronize your local swimming pool. June 24th is Swim a Lap Day. The unofficial holiday celebrates the ancient sport of swimming and encourages people to engage in it for the purpose of exercise.

Swimming is a great way of getting exercise, especially for those who have health problems that make traditional exercise difficult due to weakness or difficulty moving. Swimming has been an activity humans have indulged in at least as far back as 7,000 years ago, a time from which depictions of this activity can be seen in stone age paintings.

People have been engaging in swimming for all these years for many reasons, with recreation being by far the most common among them. Swimming is, in fact, ranked among the most popular forms of physical activity, even among otherwise sedentary individuals. The buoyant nature of water makes it much easier on those with physical limitations to get out and have a good time, and the act of coursing through the water is often described as feeling a bit like flying!

Swimming has also been shown to be excellent for your health. Those engaged in swimming tend to engage in the activity for longer than other forms of exercise, and the act of swimming often engages the entire body while moving through the water. This also results in the body drawing on large supplies of oxygen during almost all stages of the activity. Other benefits seen from this activity include a reduction in stress-related illnesses by reduction of the same, and it can even improve posture!

Swimming is also commonly participated in as a competitive sport and artistic display. Whether it’s simple speed swimming or synchronized water-based dance performances, swimming has found its way into many sports venues, including the Olympic Games. Due to its unique engagement of muscle groups, swimming segments are also commonly included in multi-segmented sports competitions, including triathlons and Iron Man competitions.

One of the most ancient uses for swimming is its involvement in many types of employment. In Japan, there are abalone and pearl divers who spend many hours each day engaging in swimming to impressive depths to gather these riches. Underwater welding is another incredibly profitable, and incredibly dangerous field that involves swimming a great deal. Whether it’s for research or construction, swimming continues to be an important part of the modern industry.

Military applications of swimming go back quite a long way, especially in those engagements requiring infiltration. Especially at night, it’s difficult to see someone who is swimming underwater, and many cities and forts had vulnerabilities at the areas where waste was washed out of the location. Everyone loves pirates, and common practice to taking a ship was to slip through the water from a distance, so as not to reveal the presence of their vessel. They’d then stealthily slip up the side of the target, and take the ship by surprise!

There are many health benefits to swimming, and it’s an activity especially encouraged for those suffering from degenerative diseases, and ones that impede mobility such as arthritis. Its low impact nature allows those whose movement would otherwise be restricted to engage in a full-body workout without causing further damage. Even those who are of advanced age can find an ability to remain active in this sport!

Due to its full-body nature, this sport is also excellent for building cardiovascular and respiratory health, increasing how much oxygen the body is able to take advantage, as well as how much blood the heart is able to move with each stroke.

These are just a few of the reasons to get out and get swimming. Swim a Lap Day reminds us that any activity is better than remaining sedentary, and a single lap is a great way to get a start on a healthful and engaging exercise that can involve the whole family. Grab those fins and get swimming!