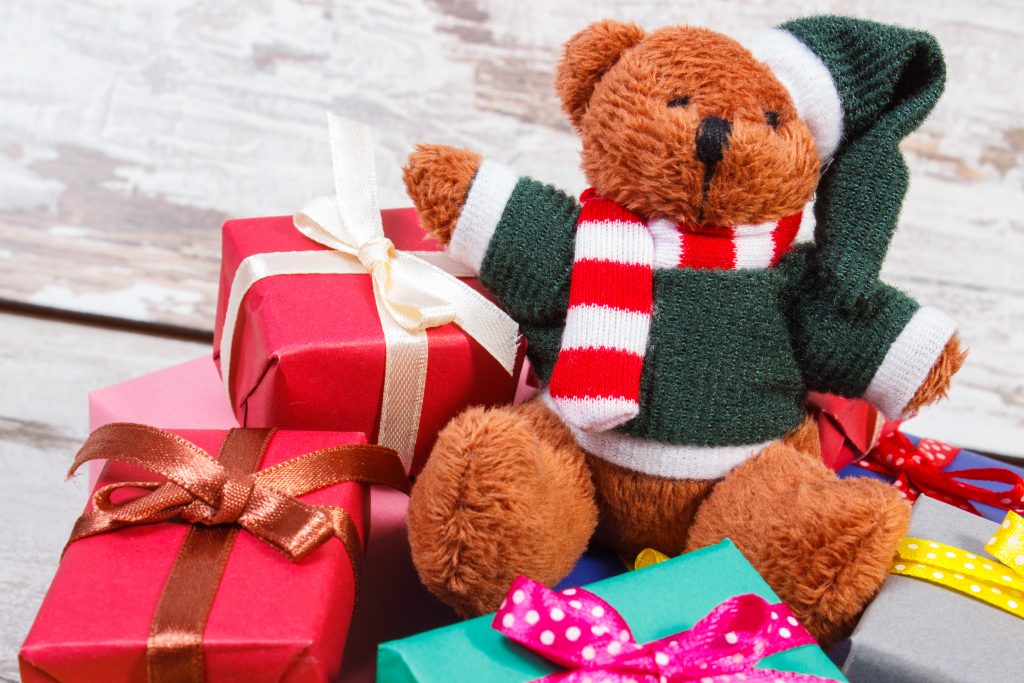 The teddy bear is one of the most popular toys for children, and holds a special place in many adults hearts, too. This lovable stuffed animal has a day all of its own, Teddy Bear Day. It gives a chance for people to get teddy out of the cupboard and make him the center of attention.

It’s an ideal time to get together with others for a teddy bear’s favorite activity, having a picnic, as immortalized in the classic song, ‘Teddy Bear’s Picnic.’ This was written in 1907, shortly after teddy bears were first manufactured in Europe and America. The American toy bears were named Teddy, in honor of President Theodore Roosevelt, who had refused to shoot a small captured bear on a hunting trip. Many teddy bears have become famous over the years, including Paddington Bear, Rupert Bear, Pudsey Bear and, of course, Winnie the Pooh.

In a world where everyone seems to be larger and louder than yourself, it is very comforting to have a small, quiet companion

Teddy Bear Day has been created so that we have a specific date whereby we can pay tribute to one of our favorite childhood toys. Most people reading this will have fond memories of playing with a teddy bear when we were younger. In fact, some of you reading this may even have your favorite childhood teddy bear today. It may be tattered and even missing an eye or some stuffing, but it will be the most precious teddy bear in the world to you!

On this date, we pay tribute to this amazing childhood toy, which has stood the test of time. It does not matter what new crazes or toys come onto the market, they will never surpass the global popularity that the teddy bear has attained. With every decade that passes by, we still see children clutching onto their teddy bears, and it is a beautiful sight to behold.

This is because our teddy bear is usually the first friend that we have. It is the first ‘person’ that we share all of our thoughts and experiences with. We even cuddle our teddy bear when we go to sleep at night because it provides us with comfort. It is only right that we take a day to reflect on just how amazing teddy bears are, right?

It’s too bad we’re not all teddy bears. More stuffing would only make us cuter and cuddlier.

To understand the history of Teddy Bear Day, we need to roll back the clock to something that happened more than 100 years ago. In 1902, Theodore Rossevelt was the President of the United States. During this year, he refused to shoot a bear cub while he was in Mississippi hunting. The incident spread around the country via the national news. There was even a cartoon of the event that was published in the Washington Post by Clifford Berryman on the 16th of November in 1902. It became a classic right away.

Morris Michtom, a store owner in New York, was inspired by the cartoon and he decided to create a new toy. He then sent a letter to the President, asking Mr. Roosevelt if it would be possible for the new toy to be called “Teddy Bear.” The rest, as they say, was history.

Since then, there have been a lot of famous teddy bear characters, and this toy has become loved by children all over the world. No matter their upbringing, culture, or any other differences, one thing that all children can agree with is that there is nothing quite like the comfort and friendship that a teddy bear provides.

We have since seen the famous teddy bears from Briton, like Paddington and Winnie-the-Pooh. You also have the famous Care Bears series. In the United States, Radar, a teddy Bear from Sesame Street that belonged to Big Bird, hit the screens. Of course, Garfield, a lasagna-loving cat was also a big hit in the United States, and consequently around the world. Plus, we can’t forget Fozzie Bear from the Muppets either!

Our love affair with teddy bears has not ended. You only need to look at the new releases on TV and at the cinema to see that new teddy bear characters are being invented all of the time. In recent years, we have seen the Ted films become exceptionally popular. While aimed at adults rather than children, these films are still based on the premise of teddy bears being a best friend. Ted may be funny, but he is lovable, as all teddy bears are. If you have never seen the film, which stars Mila Kunis and Mark Wahlberg, we would definitely recommend watching it on Teddy Bear Day if you want to have a good old laugh!

Today teddy bears are a popular toy for children of all ages. The stuffed toy has also become a part of children’s literature and movies and popular culture. Some famous teddy bears include Paddington Bear, Winnie-the-Pooh, Corduroy, the Berenstain Bear family and Fozzie Bear.