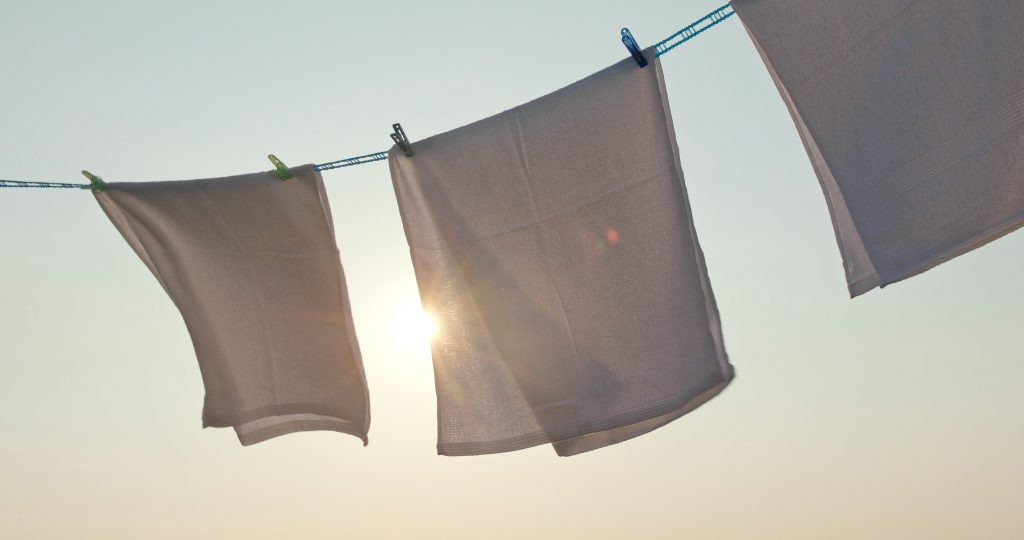 Observed annually by fans of Douglas Adams, Towel Day commemorates the work of the author most known for his series The Hitchhiker’s Guide to the Galaxy.

First and foremost, it’s important to note for those who are unfamiliar with Douglas Adams, according to The Hitchhiker’s Guide to the Galaxy, “A towel is about the most massively useful thing an interstellar hitchhiker can have.”

And that’s mighty important. Even we mere Earthly hitchhikers require towels for many immensely useful purposes. We dry our furry pets and roll towels neatly into coordinated rows. On long trips, they ease the kinks in our necks. Even our tiny humans use them to dry off after taking a swim. Though, perhaps not very effectively. It can also offer shade on a sunny day.

We’ve found that towels in small forms are effective for sport, too. Golfers and bowlers use them. Add a small towel to a footballer’s hip and call it a flag or wave a white one in a battle to surrender.

In an emergency, a towel can stop bleeding or can carry the wounded. It also can cool a fever. Wrap it around you on a cool day. Wash a car or wipe up the oil. A really large towel might suffice for a toga party. However, in reality, it probably wouldn’t.

The list of options goes on both here on Earth and beyond in every galaxy. The important lesson of the day is, don’t leave home without your towel.

Towel Day is celebrated on May 25, two weeks after the date of Adams’s death in 2001 — May 11. The day has, over time, received the status of being a kind of ‘‘geek holiday’’ due to its connection with the popular series.

Why a towel? It’s said the towel holds much importance in “The Hitchhiker’s Guide to the Galaxy.” Adams wrote about towels as being the most helpful item for an interstellar traveler. In chapter three of the book, he writes, “A towel, it says, is about the most massively useful thing an interstellar hitchhiker can have. Partly it has great practical value — you can wrap it around you for warmth as you bound across the cold moons of Jaglan Beta; you can lie on it on the brilliant marble sanded beaches of Santraginus V, inhaling the heady sea vapours; you can sleep under it beneath the stars which shine so redly on the desert world of Kakrafoon…” and so the uses go on.

Adams’s strongest advice was “Never go anywhere without your towel.” This day has been celebrated now for 19 years and is a great occasion for science fiction fans all over the world to come together and rejoice … with their towels. It is said that Adams was a humorous writer and witty character and that this day reflects his lovable silliness.