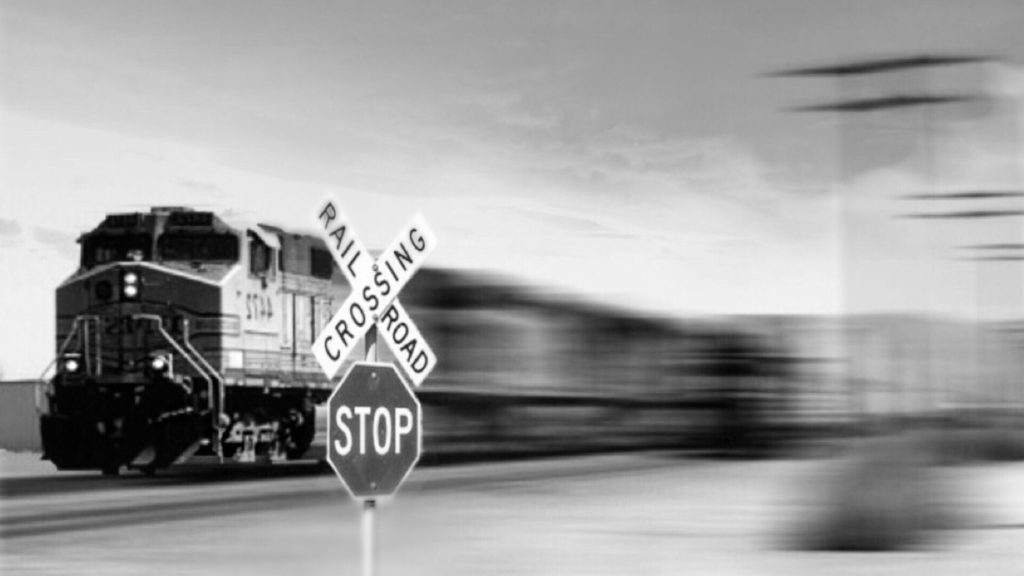 They cross thousands of miles across the countryside all over the world, transporting goods and passengers to places far-flung, and bringing back the same to their point of origin.

Two gleaming lines of silver lay their path as they move through cities and forests, mountains, and plains to bring everything to those who need it, whether it’s cargo or people. Of course, we’re talking about trains, those powerful machines that inspired so much of history, and have done amazing things for economies and industry all over the world.

Train Day commemorates these beautiful machines and the role they play in our lives.

The history of Train Day is the history of trains, and that history goes back farther than you might suspect. Railroads were actually a progression from wagonways, which were essentially railroads powered by horses, and have a history going back over 2000 years.

The first example of what we might call a “train track” emerged near Corinth in Ancient Greece in around 600 BC. Men and animals would pull boats along grooves in limestone across a five-mile course to their destination in the sea. The Romans did something similar in Roman Egypt.

The reason wagonways (and of course railways) came into existence was one of pure practicality: you could transport larger loads over a greater distance with prepared paths!

The first modern ‘ways’ weren’t even created with metal rails, they were instead created with wooden rails, and in the distance path even cut-stone tracks. By being carefully prepared, you could increase the amount a single horse could haul from one ton to nearly 13 tons! That’s a considerable improvement in cargo capacity and a massive boon to those who have to move a lot of it a good distance.

Of course, with wooden rails, they had to be often replaced, and so it became common practice to cover them with a thin metal plate to help the wood last.

The industrial revolution changed all that, and metal rails became more prominent. Around 1750, the industry began producing dramatically more iron than at any point in the past. New techniques made possible by the modern science of metallurgy and engineering created the conditions for an output explosion.

With increased supply, the price of tracks began to fall. It suddenly became feasible to lay more of them, replacing the problem-stricken wooden versions that tended to break often.

There was still a problem, though: some consignments had a nasty habit of veering off the rails – literally! In response, an industrial innovator and colliery manager called John Curr saw that the problem was flat wheels. He realized that you needed some way to keep the wagon on the line. His idea was to create an L-shaped profile to the wheel on the inside that would prevent it from slipping off the track.

Of course, none of this early development mentions steam-powered locomotives – the thing that people think about first when they talk about trains. The actual steam engine only emerged in 1769 following James Watt’s proof-of-concept. But even he didn’t see the potential. He wanted to use steam to power wheels in factories, not necessarily trains.

It took more than thirty years for the first fully functional steam locomotive to appear in 1804 under the direction of Richard Trevithick. Trevithick, however, didn’t manage to commercialize the idea. While he built plenty of demonstrations, he didn’t have the means to put it to good use. Thus, the first commercial train journeys only began in 1812, and on a tiny scale.

But, of course, we all know what happened next: trains took over the world. They gave birth to our modern, productive civilization and transformed the life of the average person forever.

Because trains played a big part in our collective history, it was only a matter of time before someone, somewhere developed the idea of hosting a “train day.” An event like this would be a chance for everyone in the world who has benefited from locomotives to celebrate their valuable role, choo-choosing humanity into the future.

In 2008, Amtrak established Train Day to help celebrate the history of the locomotive. The idea was to engage the general public more on the subject of trains and their history in the development of the modern world. Train Day was a homage to the efforts of our ancestors in building out the rail network. It focuses, particularly on the transcontinental railway. During its heyday, Train Day was a major event. While Amtrak was the clear lead, museums and other institutions related to trains all took part. Even charities got involved, seeing it as an excellent opportunity to fundraise.

Amtrak decided to host events every year, but, unfortunately, got into financial trouble. The firm closed its official Train Day in 2015. That, however, wasn’t the end of the matter. Enthusiasts loved it so much, they carried on celebrating the occasion in the years that followed.