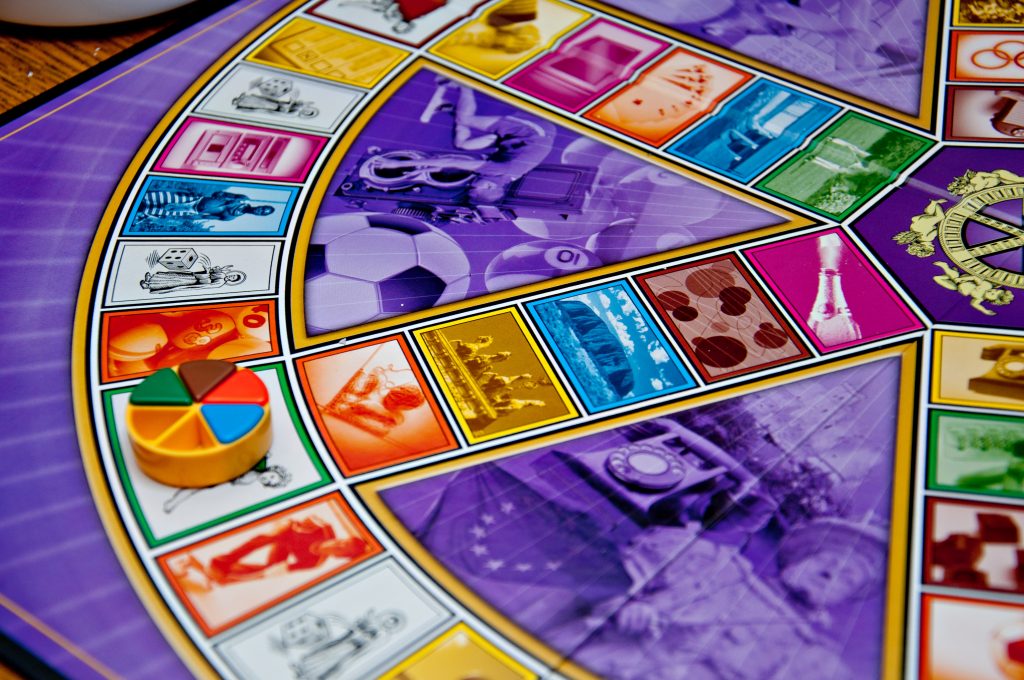 Our obsession for trivia has been part of popular culture for many decades and it’s easy to understand why. Most of us are naturally competitive and social beings and trivia blends the two perfectly. If you enjoy wowing your friends with interesting stats and frivolous facts, today is your day to shine!

One of the first forms of what we know today as a trivia game debuted on the 1940s radio program “Take It or Leave It”. Not too long after this in 1964, “Jeopardy!” entered millions of Americans’ homes through television and remains arguably America’s most iconic quiz show.

At the same time during the 60s, trivia night swept across college campuses all over the US (think competitive and social plus beer). Then, in the 70s, pub quizzes emerged in the United Kingdom to entice people to head to their local pubs on traditionally slower evenings.

As trivia continued to gain momentum, Trivial Pursuit emerged in Montreal, Quebec, Canada in 1979 thanks to Chris Haney and Scott Abbott, becoming one of the world’s most famous board games. Since then, our love for obscure facts continues to take the world by storm through online gaming and other technology-driven formats.

While some people may find trivia “trivial,” it can be pretty serious business for others. Leagues and competitions are common across the globe and the competitive nature of some has led to drastic measures including cheating. Mobile phones are often banned from competitions to deter secret searches for answers.

At the end of the day, it’s the silly facts and camaraderie that endear trivia to so many competitively social people.

Hashtags to use to celebrate this event
Social Media Calendar Bookmark this page so you won't miss another relevant event or holiday!
Today is September 18. I hope you have a great day and remember what John Lennon said .... life is what happens when you are busy making other plans.