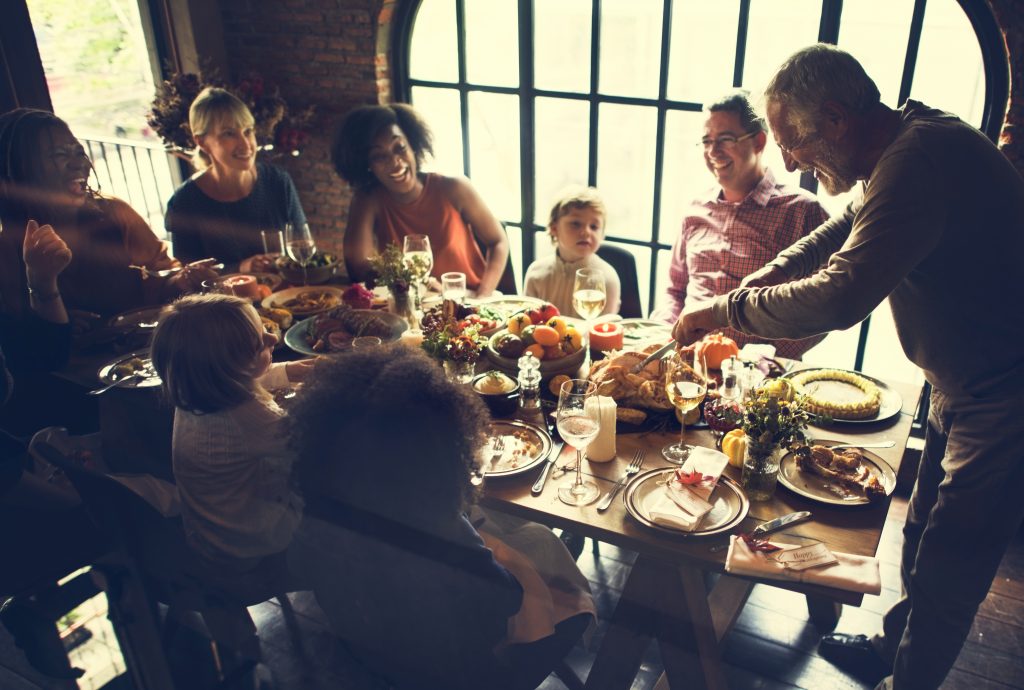 Turkey Free Thanksgiving is observed annually on the fourth Thursday in November.

I was introduced to the Turducken in New Orleans. And it wasn’t Thanksgiving. Glenn at the Gourmet Butcher Block brought it by, and I had never heard of it or had seen one, and they put it in the booth, and it smelled so good that I had to taste it. And it was good. Then Thanksgiving came, and we got one in addition to the traditional turkey. – John Madden

There are several supportive perspectives for the removal of the turkey from the Thanksgiving feast. From the foodie point of view, there are many more scrumptious proteins than the humble gobbler.  There are also vegetarian and animal rights viewpoints, which are self-explanatory.

Regardless of your perspective, choices abound for a delicious spread without a turkey on Thanksgiving Day. When you keep the yams, sweet corn casserole, pumpkin pie, and mashed potatoes, there are only a few other items left to fill the table. Proteins come in a variety of forms. Chickpeas and quinoa pack a lot of protein. Stuff them along with cheese and seasonings into bell peppers for a colorful centerpiece. For those who need meat on the table, roast a leg of lamb or serve tender prime rib.

Turkey wasn’t originally part of the traditional Thanksgiving meal. According to historians, turkey may not even have been on the menu for the first Thanksgiving, which dates back to New England in November 1621, when newly arrived Pilgrims and the Wampanoag Indians gathered for an autumn harvest celebration.

While the turkey was plentiful, the fowl that were commonly consumed were ducks, geese, pigeons, and swans. Historians at Smithsonian believe that wildfowl and venison were some of the first foods to appear at the Thanksgiving table.

So how did the United States come to love and accept turkey as the primary bird for eating? Turkey was more widely introduced in the 19th century based on the New England harvests. Local cooks would modify their recipes because they found the bird delightful and necessary.

Turkey, unlike other birds, is large enough that they can feed a large family and didn’t serve as much utilitarian purpose like laying eggs that many families ran on to function. As for the idea of eating turkey free? That idea came from current movements such as vegetarians and cruelty-free advocates who notice the amount of bird we eat during this day.

While turkey is now a common stable of this holiday, there can be many variations to the dinner menu, including ideas such as a prime rib, Cornish hens, porchetta, and roasted duck.

One of the best ways to take part in this holiday is to not have a turkey this year. Change it up by switching to duck, hen, or goose this year. If you don’t want a bird, try having a prime rib or a beef tip this year.

Want to try something wild? Try turducken or even go for seafood as your main course. If you like the change of pace, hashtag #turkeyfreethanksgiving on social media and share with your friends how delicious your meal is this year.