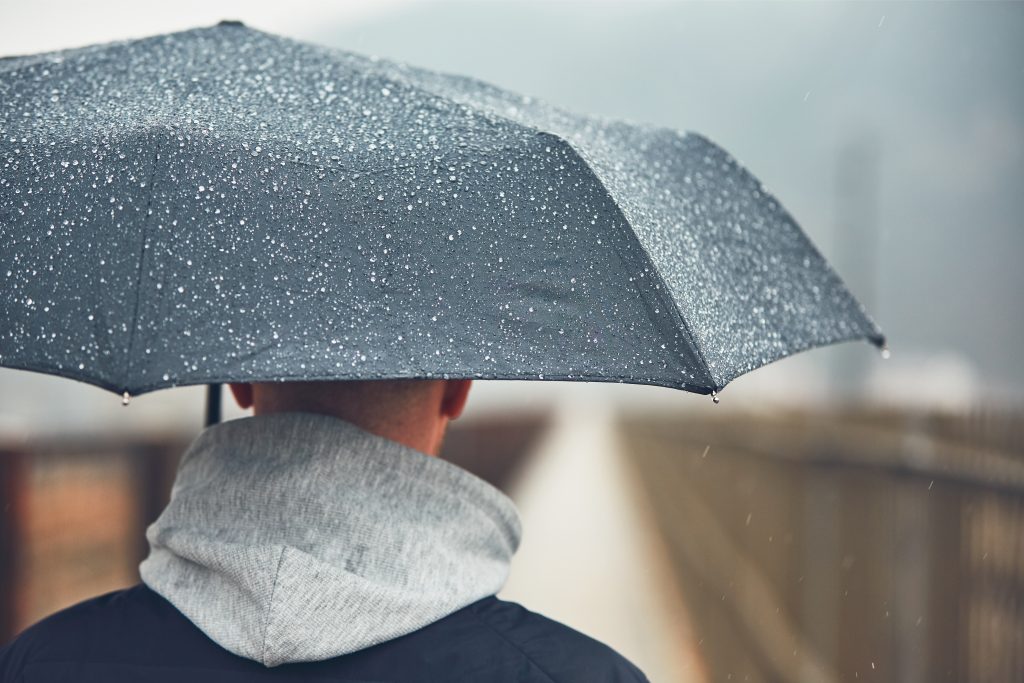 I didn’t invent the rainy day. I just own the best umbrella.

Everyone is familiar with the sight of an umbrella, they’re present whether you live in the hottest of climates or the coldest. They’re there to keep the rain off on a blustery day, and there to protect you from sunburn on a warm and sunny one, there’s simply no day that isn’t a perfect Umbrella Day! So, of course, there’s a holiday to honor this ever useful, ever-fashionable, and essential piece of travel gear.

Yes, we have already sung “You can stand under my umbrella, Ella, Ella, eh, eh, eh” in our heads, have you? While Umbrella Day is not an ode to the Rihanna song, but rather the creation itself, there is nothing stopping you from dancing in the rain and recreating the moves from the music video!

After all, this is an invention that is definitely worth celebrating! When the rain starts to pour, an umbrella stops us from getting wet and keeps our hair in an acceptable condition. It is a simple invention, but one that we have all relied on from time-to-time.

Of course, there are also umbrellas that help to shield us from the sun as well. When at the beach, an umbrella can be the difference between having a pleasant, comfortable experience and going home looking like a lobster! So, we certainly have a lot to be thankful for when it comes to this clever creation.

You may think that the humble umbrella has come as far as it possibly can! Well, you would be wrong! We have seen some pretty crazy umbrella innovations happening out there. Why not do a little bit of digging online? We are sure you will come across some weird and wonderful umbrella inventions that people have made. We’re sure you have seen those umbrella hats, which gained a bit of traction as novelty items! However, there are plenty of others out there as well.

Umbrella Day celebrates this useful device that has been with us for quite a long time and has served every purpose from practical to fanciful since its creation. Just how long has the umbrella been with us? Long enough that it’s permeated every culture across the globe, and originated from more than one.

The oldest recorded umbrella appeared in 21 AD, in Ancient China. Though to be fair, this really was just the first recorded collapsible umbrella, Qin Shihuang’s tomb revealed a terracotta army carriage that had a permanently open umbrella attached to it dating from 210 BC. They were also found in Nineveh, Persepolis, Ancient Egypt, and Greece, just to name a few. Needless to say, the umbrella has a long and noble history.

The popularity of the umbrella extended beyond its usefulness for protecting us from sun and rain, special efforts were made to turn these simple devices into exquisite works of art, some of them even being made of lace or lavishly decorated paper, and were carried by the most influential and beautiful people in the world.

Today has revealed even more styles that are available in the world, including innovation on the already innovative collapsible umbrella. Now they have telescoping ones that don’t just collapse the shade, but then collapse the handle so it can fit in your purse or car door! Isn’t that amazing?

One of the earliest umbrella shops opens at New Oxford Street in London, England.

The Umbrella in Film

The umbrella features as a vital prop in the movie “Mary Poppins”.

Rihanna releases ‘Umbrella,’ one of her most well-known songs ever.