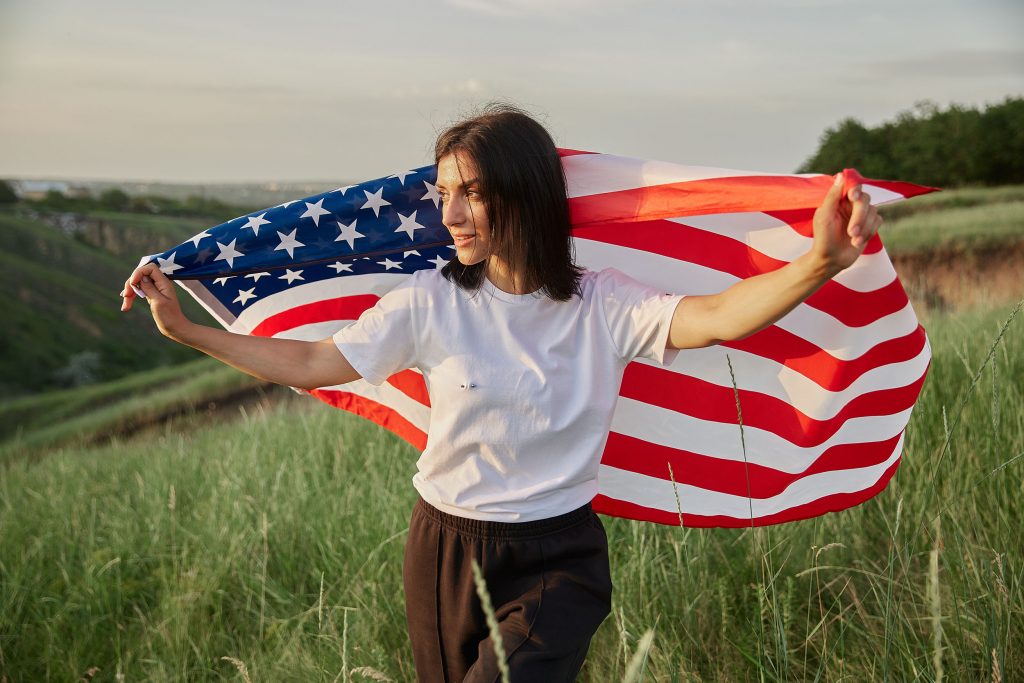 Perhaps the most famous image of Uncle Sam was created by artist James Montgomery Flagg (1877-1960). In Flagg’s version, Uncle Sam wears a tall top hat and blue jacket and is pointing straight ahead at the viewer. During World War I, this portrait of Sam with the words “I Want You For The U.S. Army” was used as a recruiting poster. The image, which became immensely popular, was first used on the cover of Leslie’s Weekly in July 1916 with the title “What Are You Doing for Preparedness?” The poster was widely distributed and has subsequently been re-used numerous times with different captions. 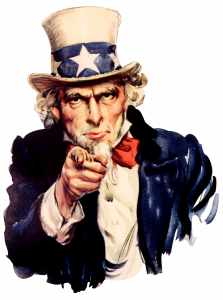 Sam Wilson, a meatpacker from New York, supplied barrels of meat to soldiers during the war of 1812. To identify the meat for shipment, Wilson prominently stamped “U.S.” on the barrels. It wasn’t long before the soldiers dubbed the grub a delivery from Uncle Sam.  As such nicknames tend to do, its popularity spread.

The first illustration of Uncle Sam is unlike the one we know today. Published by Harper’s Weekly in 1861, the young government representative (a starred bandana on his head and wearing a striped vest) is depicted dividing up Virginia like a butcher. Through the years, the image of Uncle Sam would take many forms.

Credit is given to German-born illustrator and cartoonist Thomas Nast for developing the long-legged Uncle Sam we know today. With the starred top hat and striped pants, the Uncle Sam debut in Harper’s Weekly, also. He took on many issues with Nast as his illustrator. Some of the issues topics included Boss Tweed, Union recruitment, and Reconstruction.

During the modern era, Uncle Sam obtained some color. The United States Army awarded Montgomery Flagg with the artwork for the familiar portrait used in the “I Want You For The U.S. Army” campaign during World War I.  It first appeared on the cover of Leslie’s Weekly, an illustrated literary and news magazine.

President George H. W. Bush proclaimed Uncle Sam Day to be September 13, 1989, in honor of the anniversary of the birth of Samuel Wilson.  It coincided with the bicentennial celebration of the City of Troy, New York where Wilson lived and worked.  The City of Troy requested the designation of the President.

On September 7, 1813, the United States gets its nickname, Uncle Sam. The name is linked to Samuel Wilson, a meat packer from Troy, New York, who supplied barrels of beef to the United States Army during the War of 1812. Wilson (1766-1854) stamped the barrels with “U.S.” for the United States, but soldiers began referring to the grub as “Uncle Sam’s.” The local newspaper picked up on the story and Uncle Sam eventually gained widespread acceptance as the nickname for—and personification of—the U.S. federal government.