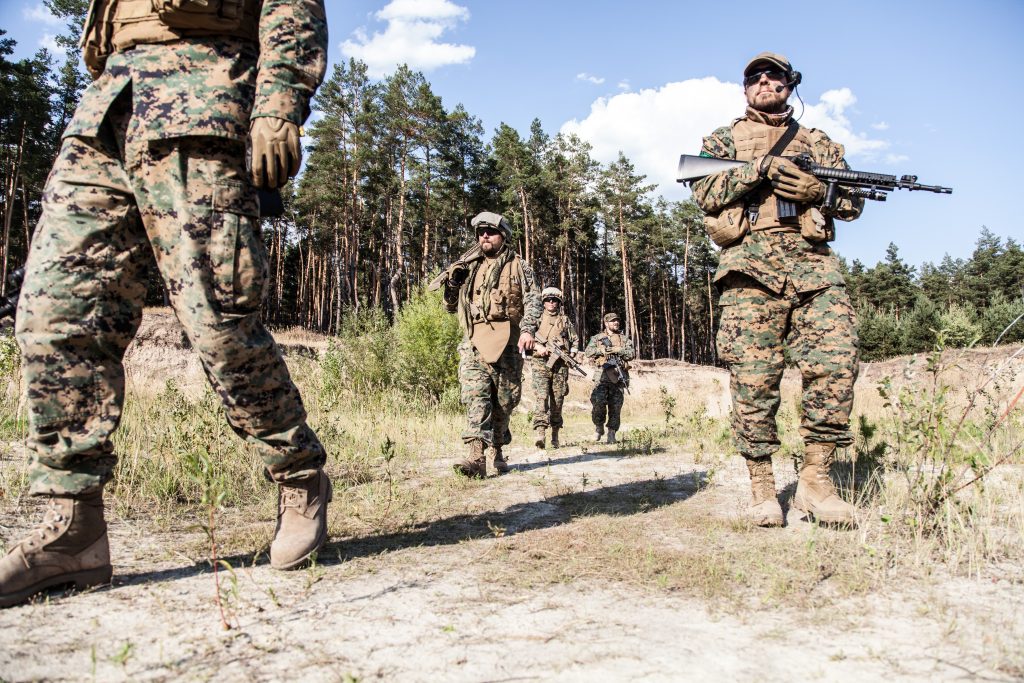 On November 10, 1775, just eight months shy of the Declaration of Independence, a new corps was formed following the introduction of the Continental Marine Act. At the time, an official plan was developed by the Continental Congress to oversee a mission intercepting ammunition cargo from Britain, using Marines. As suggested by the title, the group was known as the Continental Marines. While this group held several different duties, their core purpose was to provide additional security and support for the recently formed Continental Navy. First led by Commandant Samuel Nicholas, this branch of the burgeoning U.S. armed forces would culminate at just over 2,100 servicemen. In contrast, the number of active troops in the Continental Army at one time would reach a peak of approximately 80,000. This, along with a resolution made in November to create a stand-in official Marine Corps force, was essential to the formation and modernization of the now U.S Marine Corps. The reason for this resolution – the planning of an attack on Nova Scotia to annex it, never took place. However, the Marines remained.

After participating in a host of actions and battles throughout the Revolutionary War, the Continental Marines would be disbanded upon the end of the conflict. Eventually, due to the overall neglect of the whole Naval Service and lack of necessary and proper legislation, the department temporarily altogether went out of existence and ceased to exist. This remained so until 1794 when the first legislation was issued by the Congress, addressing the requirement for Marine and Navy Corps since the Revolutionary War.

In the late 1700s, the need for naval warfare to exude the military presence of the United States was looked at from another angle; to deal with piracy. The Marines were still running under the Navy at this time, with the latter itself operating under the Secretary of War. In 1798, the legislation to separate the U.S Navy to make its own department was passed; with further legislation to form the U.S Marines as a separate branch of service later in the same year. The Marine Corps would be established on July 11, 1798, and throughout the 19th century (and a portion of the next), this would be the date upon which marines would celebrate the founding of the Corps as an official entity.

The birthday was officially recognized in 1921. Major Edwin North McClellan of the Marine Corps History Division submitted a proposition to the ranking commandant which advocated for the anniversary to instead be designated on November 10. A series of standardizations as to how celebrations of the Marine Corps Birthday would be executed would follow in the 1950s. Since then, Marines have been encouraged to treat the anniversary with greater importance.

MARINE CORPS BIRTHDAYS AROUND THE WORLD