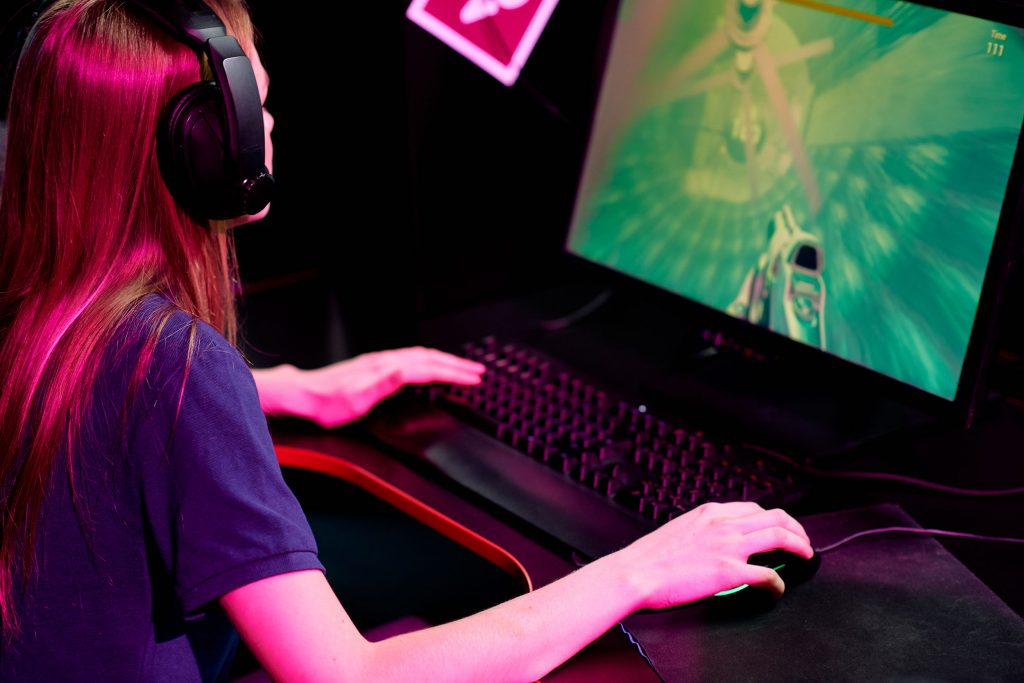 No reason to feel bad about not even seeing the light of day on September 12, because it’s National Video Games Day! Video games originated around 1940, but today, the video game industry is an 18 billion dollar industry that constantly churns out new fun favorites for all ages. The term “video game” encompasses all kinds of digital games, from old-school Mario games to hot new VR ones like “Beat Saber.” The huge array of video games means there will be something for everyone to play today — whether it’s an old arcade game or Fortnite. If a day alone doesn’t appeal to you, round up some friends for a multiplayer game!

We all know the Playstation, the PC, the Xbox, the Gameboy, and all the other myriad examples of gaming devices out there in the world today. Gaming is a pervasive part of our culture, coloring everything from our choices in clothing to our taste in cuisine, there are even themed restaurants that are entirely dedicated to gamers and the games they love. Video Games Day is dedicated to recalling this defining part of our culture and sharing it with our fellow gamers, new and old alike. Get your game on!

It does not matter whether you are a video game fanatic or you are someone who barely plays video games, Video Games Day provides you with the opportunity to embrace this form of fun. You can binge on old school games, try out new games, or complete a level that has been bugging you for quite some time! It is completely up to you, and no one is going to tell you that you’re having too much screen time. After all, there are no rules when it comes to Video Games Day, right?

Despite the fact that video games often get a bad rap because children play them so much, there are actually a number of benefits that are associated with video games. Did you know that they can actually be good for you? Of course, not all of the games on the market today provide educational value, yet there are some that involve teamwork and problem-solving, and they have been shown to enhance the gray matter in your brain, ultimately growing it. By playing video games, you can actually increase a number of different skills, ranging from communication skills to problem-solving.

The benefits do not end there when it comes to video games either. Video games can also increase happiness. After all, they provide a lot of fun. However, it is more than that. Recent studies have shown that adults who play video games are more relaxed and less stressed when compared with those who do not. Plus, the rush that you get when you complete a level that was difficult to overcome is a great feeling.

It is also worth touching on the fact that video games push and inspire tech boundaries. The first video games that were created were deemed modern phenomenons, and since then, video games have been wowing and amazing us. If you have ever slid on a VR headset, you will know exactly what we are talking about. The video games that are on the market today are incredibly exciting and boast the most impressive graphics. If this is something that really interests you, you may want to consider doing a career in this part of gaming and technology in the future.

The history of Video Games Day is really the history of the video game, and that history goes back much farther than most people imagine. The first game ever created is often thought to be Bertie the Brain, an artificial intelligence designed to play Tic-Tac-Toe. Considering that Bertie was a 4-meter high machine built on vacuum tube technology, you can imagine it didn’t get out much, in fact, it was disassembled after the Canadian National Exhibition it was revealed at, and never rebuilt. A year later a computer was built called Nimrod, Nimrod was a computer built and displayed at the Festival of Britain in 1951 and designed to play a game called Nim.

From these humble beginnings, things continued to build, first with Cabinet style games (those are the ones you put quarters in kids) which became hugely popular, and then into the first consoles, home-based platforms you could play the games on. In the years that followed the development of computers and video games just kept growing exponentially, until they now absolutely permeate our culture. What used to be a luxury item for the rich and elite has now become a standard part of most people’s homes, and a diversion that involves all ages. 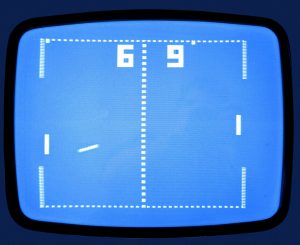 Today, video games make up a $100 billion global industry, and nearly two-thirds of American homes have household members who play video games regularly. And it’s really no wonder: Video games have been around for decades and span the gamut of platforms, from arcade systems to home consoles, to handheld consoles and mobile devices. They’re also often at the forefront of computer technology.

The first-ever video game was Pong. In October 1958, Physicist William Higinbotham created what is thought to be the first video game. It was a very simple tennis game, similar to the classic 1970s video game Pong, and it was quite a hit at a Brookhaven National Laboratory open house.