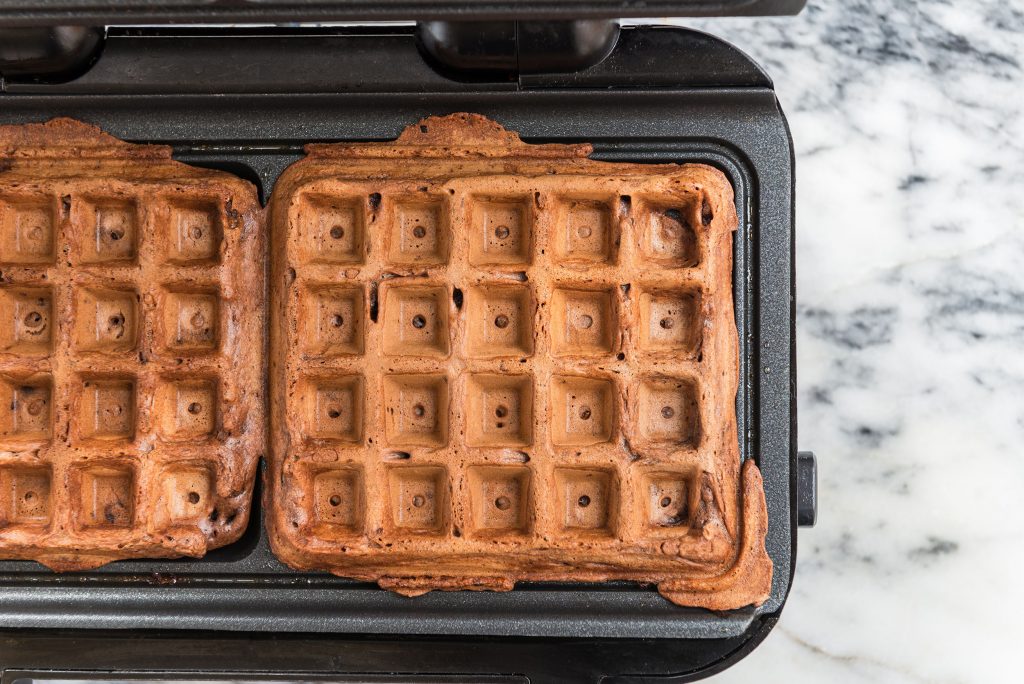 June 29th is Waffle Iron Day. Ahhh the Waffle Iron, creator of some of the most delicious breakfast delicacies the world round.  There’s so many different types of them as well, you have your regular waffle iron, your deluxe multi-waffle irons that make more than one at a time, round ones, Belgian waffle-makers with their deep squares and thick waffles begging to be topped with strawberries and cream. Waffle Iron Day is the perfect time to celebrate this delicious breakfast staple! 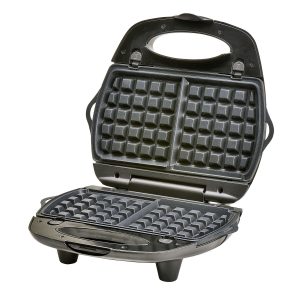 Waffle Irons were first found in that area of Northwestern Europe known as the Low Countries, which includes Belgium and the Netherlands as well as other places. Originally they were made to be used over an open flame and were thus constructed on the end of two long, typically wooden, handles with a clamshell system at one end, which would be held over a fire to bake.

The origin of the waffle iron can be traced back to the middle ages, where they were developed from a device known as the ‘wafer iron’.  These were commonly used in the creation of the communion wafer, but larger varieties existed, consisting of nothing more than two flat irons often engraved with elaborate scenes.  For the communion wafer, it was depictions of the crucifixion of Christ. While the larger secular designs varied widely, often engraved with artistic floral designs, illumination, or just about any other form of design you could imagine.

Later, during the 17th and 18th centuries, they were developed further by the Dutch. Sugar was particularly precious at that time, sometimes catching as much as a half an ounce of silver for a kilogram of sugar. During this time the mestiers were particularly popular among the rich, being made of only the finest ingredients, and sweetened with the precious sugar.

Waffle Irons are used to more than just the simple breakfast food that they’re well known for. Gouda in the Netherlands is the home of a delicious cookie type treat known as a ‘stroopwafel’. Developed by Gerard Kamphuisen, this sweet syrup-filled confection was quite popular, leading to a boom where up to 100 stroopwafel makers were to be found in the city. The stroopwafel has since become quite popular around the world.

One of the most popular uses of waffles came about seemingly by accident, allegedly created by George Bang in 1904. He had run out of bowls to give out with his Banner Creamery Ice Cream, and started giving out rolled-up waffles to use instead. It’s alleged because there are other origin stories as well, including a Belgium gent from Ghent, who moved to Norfolk, Virginia, and decided that a rolled-up Waffle was the perfect place to put a scoop of ice-cream!

Waffle Iron Day is a great opportunity to head out and get yourself a new waffle iron. There are a ton of options available these days, even novelty ones shaped like everything from Mickey Mouse to the state of Texas. You can get particularly creative and make an entire menu from waffles, spanning from breakfast to dinner, and everything in between.  Waffle-cone ice-cream, breakfast waffles loaded with whipped cream and berries, the always popular chicken and waffles for dinner, and snacks the day through served on specially seasoned savory waffles!

If nothing else, spend Waffle Iron Day looking into the history of this delightful and always creative food. There’s something inspiring about how so simple a concept spread to embrace the world and shape some of our favorite treats. Happy Waffle Iron Day!