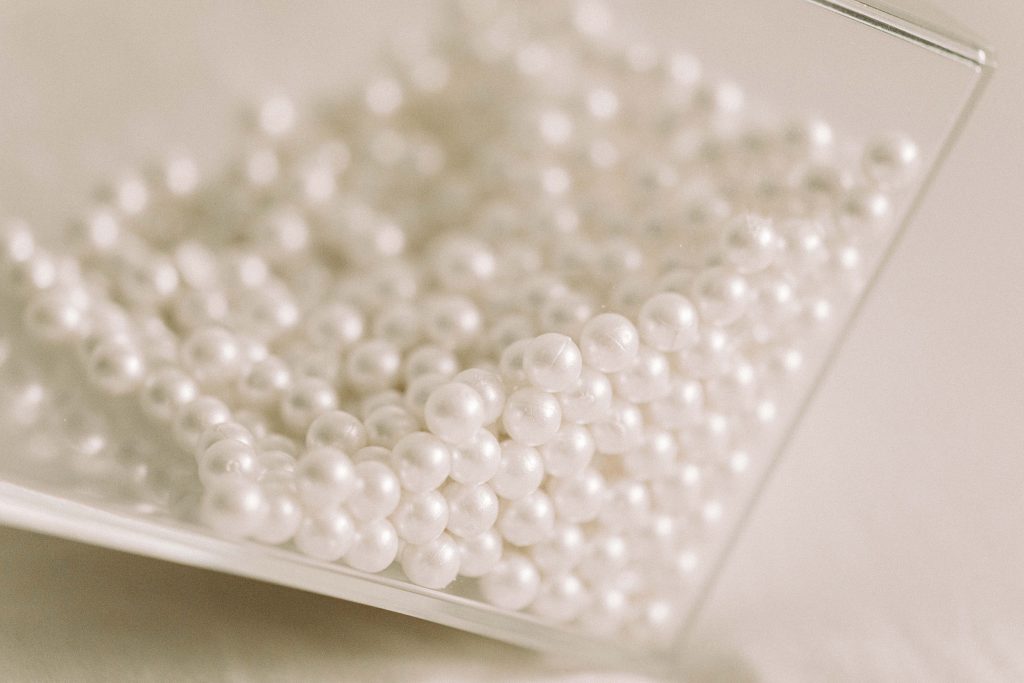 National Wear Your Pearls Day on December 15th reminds us that when life throws dirt our way, we all have value in the end. The beautiful result of nature’s design, one irritating grain of sand can cause an iridescent pearl to form.

National Wear Your Pearls Day, December 15, was originally conceived by bestselling author DeAnna Bookert, who found her calling to the ministry in the middle of her college career. Literal pearls are not necessary to celebrate the day. It’s about the adversity we all must go through in our lives which doesn’t defeat us but makes us more valuable and beautiful.

Just as a grain of sand inside an oyster causes the formation of a precious gem, the pearl, National Wear Your Pearls Day is the ideal time to assess yourself for what you are — a resilient, resourceful, and beautiful human being.

Just as pearls come in a variety of shapes, sizes, and colors, so do people and the kinds of trials thrown into our lives.  We create our own beauty from the tragedies of our lives but often do not see it.  We devalue ourselves and as a result, lose motivation to be a part of life.  Like pearls, we develop a process to protect ourselves from further damage, layer by layer becoming stronger and more resourceful.  Recognizing the collective value of our strengths is like wearing our pearls.

Best-selling author and motivational speaker, DeAnna Bookert, founded National Wear Your Pearls Day because pearls represented the story of her life and how she struggled with depression.  “I wear pearls as a reminder that I have purpose and value.”

Here are some interesting pearl facts. 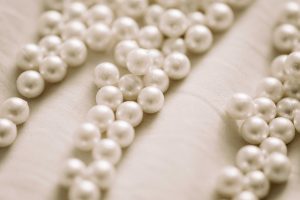 1- Pearls are an organic gemstone but they’re different from other types of organic gems. They’re the only gemstone to come from a still-living animal. In some cases, the mussel or oyster continues living after the pearl has been extracted from it. No wonder they’re often considered a gift from the sea.

2- Pearls are the oldest gemstones. The oldest pearl dates back over 7500 years and was found in the U.A.E. It goes back as far as the Neolithic era, a.k.a. the New Stone Age. Imagine that!

3- While oysters are the most famous pearl-producing creature, only saltwater pearls come from them. Mussels are responsible for freshwater pearls. Some other mollusks that produce pearls include clams, abalone, and the queen conch.

4- The first pearl type to be cultured was the Akoya pearl in Japan. Before that, divers generally had to go into deep and dangerous waters to extract pearls from oysters, with only about half of all pearl divers surviving the job. Little wonder when they were faced with sharks and other deep-sea horrors.

5- Every pearl is unique with no two being exactly alike. Each pearl has its own ‘fingerprint’ which refers to all its distinguishing features – bumps, blemishes, minuscule flaws.

6- Here’s a fun oyster fact. All oysters are transgender – they’re born male but turn into a female when they’re around 3 years old. How neat is that!

8- Almost all pearls on the market today are cultured. It’s very unusual to come across wild or natural pearls. They also happen to be very expensive if you do come across them.

9- Pearls have some negative symbolism attached to them. it’s believed to be bad luck to wear pearls on your wedding day or to receive them as a gift. No one seems to really care about these superstitions now judging from how popular bridal pearl jewelry has become.

10- Pearls can range in size from 1.0mm to 20.0mm. Larger pearls are more expensive all else being equal.

11- South Sea pearls produce the largest pearl sizes. They’re also the rarest of all nacreous pearl types and the most expensive. Even though they too are cultured, the oyster only thrives under certain conditions which means that production is limited. You can’t start a South Sea pearl farm in any old sea. It’s got to be the South Sea.

12- Pearls aren’t only white and cream in color, they can vary in color, from black to white and everything in between. Some popular pearl colors include gold, black, blue, and lavender. Pearls get this color from the color of the mollusk’s interior shell lining.

13- Of all pearl legends, perhaps the most interesting is that of Cleopatra, Queen of Egypt, attempting to impress the Roman Empire by demonstrating the wealth of Egypt. How did she do this? Legend has it that she dropped a magnificent pearl earring into vinegar, watched it dissolve, and then drank it, making the meal the most expensive banquet ever hosted.

14- History has it that Pierre Cartier bought his famous 5th Avenue Mansion by bartering a double strand natural pearl necklace for it back in 1912. The pearl strands were valued at $1 million while the mansion was valued at $925,000.

15- The most expensive pearl? A massive clam pearl found off the coast of the Philippines and valued at $100 million. It was found by a fisherman who kept it under his bed for several years, without realizing its value.

16- The most expensive pearl jewelry ever auctioned? The famous La Peregrina (The Wanderer) which last belonged to Hollywood royalty, Elizabeth Taylor.  Before that, it changed hands over time from Queen Mary of England to Napoleon Bonaparte of France and many other important personages. It brought in over $11 million.

17- The rarest type of pearl? The Queen Conch’s stunning salmon-pink colored pearls are the rarest and the most expensive. They’re among the only pearls sold in carat weight, rather than in millimeters. They’re considered as valuable as diamonds. However, they aren’t nacreous pearls; they’re non-nacreous and similar in texture to porcelain or ceramic.

18- Pearls below jewelry grade are crushed into powder and used in cosmetics and to treat skin conditions. It’s believed to have numerous medical uses and is also sometimes ingested.  Pearl powder has been used in regions like China, India, and Europe among others for centuries.

19- The oldest known piece of pearl jewelry comes from the tomb of an ancient Persian Queen. It’s been named the Susa necklace and features 3 rows of pearls and ten gold bars that space them apart yet hold them together. It’s believed to be approximately 2,400 years old.