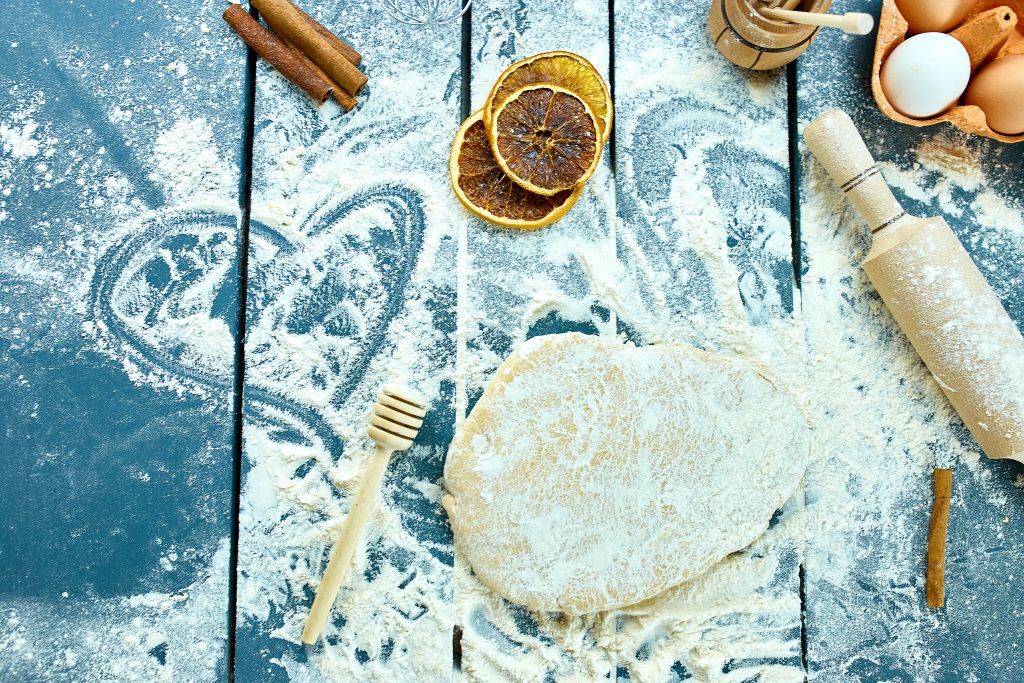 Every third Sunday in May, World Baking Day inspires people to bake for their loved ones, friends, and neighbors. These bakers are also encouraged to give their baked goods away as a token of gratitude and appreciation.

People have been baking for thousands of years. In fact, the world’s oldest oven is over 6,500 years old! Bread baking goes all the way back to 600 BC in Ancient Greece. The Egyptians were the first to use yeast when baking bread. Besides bread, cakes were also a popular food to bake. The word “cake” dates back to the 13th century. The earliest cakes were more bread-like. Bakers added sugar or honey to add sweetness.

During the 16th and 17th centuries, baking was transformed by globalization. There was an abundance of syrups, spices, and currants, which made baked goods taste even more delicious. Bready dough with butter, cream, and raisins were especially popular. By the late 17th century, sugar was less expensive. As a result, people began making mince pies with sugar and spices. Eventually, other ingredients like eggs, flour, and baking powder were used more and more.

World Baking Day was created by the folks over at worldbakingday.com, who decided it was high time to spread the joy of baking all around the world, especially to those who perhaps don’t bake too often and are not particularly experienced at it. This day is meant to show people just how much fun it can be to make a cake or some cookies, and baking can be a great way to spend time with family and friends. Not to mention how much fun it is to eat what you’ve made once it’s done!

It’s incredible that we’ve managed to go so long without a World Baking Day. We discovered evidence that baking has existed for over 14,000 years, proving that we simply can’t live without it! In fact, the first bakers in Jordan created flatbreads, which they then wrapped around meat – potentially the first-ever sandwich in existence. Roman times saw the birth of the artisan baker. Lovers of all things decadent, Romans prized the pastry chef, and those that brought new baked goods to the worlds were ever-popular at feasts and banquets.

In the United Kingdom, by the Middle Ages, baking went commercial, with many trading regulations and rules governing how to bake and sell bread. But everyone’s got to eat, so anyone with an oven was baking bread to feed their families. The delicious, mouth-watering cakes we eat today started to emerge for the upper echelons of society from the middle ages onwards.

Technology also helped upgrade the ovens to help bring better-baked goods to the masses, especially in the nineteenth century. Food was easier to preserve, too, so many people could order in meats and milk from across the country rather than relying on their backyard cows or chickens. Cans also cultivated a new innovation for baking, as meats and veg could be canned and exported from places like Australia.

New baking innovations arrived during WWI and WWII. In America during the wars, baking thrived as people moved to the US, and rationing saw the need for increasingly crafty creations. In America, different flavors from across the world arrived, from Italian cannolis to Mexican Tres Leches. When people couldn’t find fat or eggs during the wars, Applesauce Cake was baked into existence, which is still made today and used as an alternative to eggs and fat in vegan baking.

The increase in prosperity after the war allowed baking to flourish into the foods we love today, all culminating in this event. Enjoy the chance to bake, eat, and be merry with friends and family during this day.