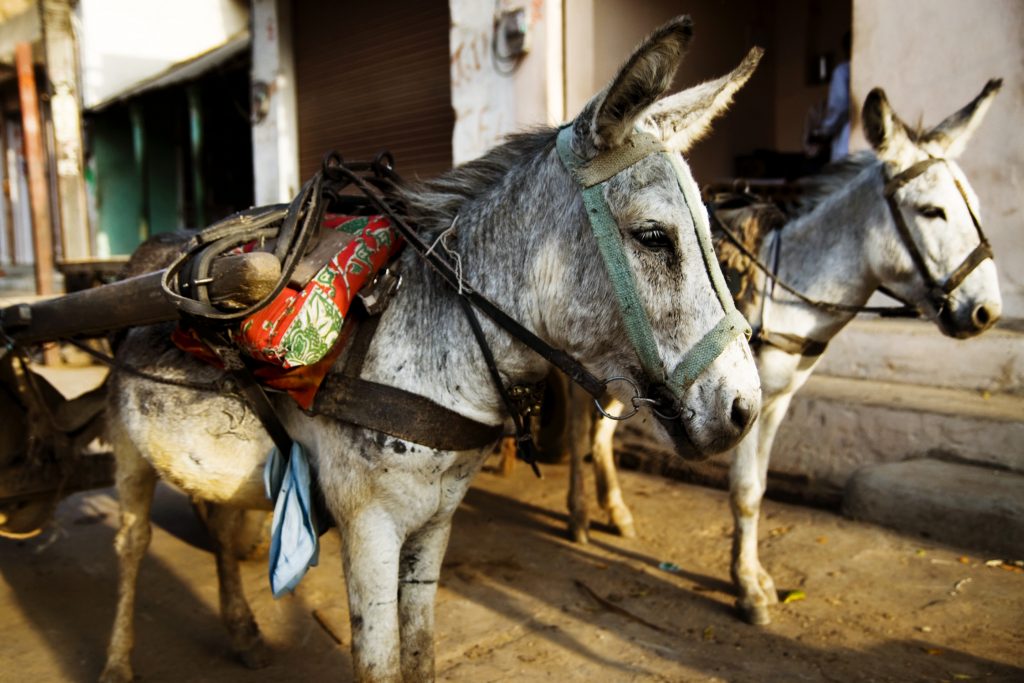 When fishes flew, and forests walked
And figs grew upon thorn,
Some moment when the moon was blood
Then surely I was born.

World Donkey Day is a show of respect for one of the most enduring and respectable animals in the Equidae family. Throughout history, it has served throughout the world as both a mount and a beast of burden in some of the most challenging terrains and forbidding climates, and has done so with pride and endurance. It’s unsurprising that these beasts’ success is due in part to their stubborn nature, and World Donkey Day honors them for this along with their other, perhaps more laudable, traits.

Two subspecies of the donkey, the Somalian and the Nubian, were bred together to produce what we think of as the modern Donkey. Available evidence points to the Donkey having been working alongside humanity since 4000 BCE, most likely in Nubia, as a more versatile and resilient pack animal than the ox they were presently using. Since then they have been bred and transplanted all over the world as cultures moved, and the world expanded, and can now be found just about everywhere.

They’re also the progenitors of the sterile mule, a cross-breeding of horse and donkey that results in a breed with the strengths of both. Sadly mules are almost entirely sterile, and the exceptions so rare that no breeding stock of pure mules has ever been able to be achieved, in part due to there having yet to be recorded a case of a breedable mule stallion. Strangely, there have been cases where female mules have birthed what are, for all appearances, pure horses when bred with a horse.

Without the help of donkeys, it is hard to imagine that the modern world could ever have come into existence. These hardy pack animals provided civilization with the motive energy needed to generate wealth, well before the advent of steam power or electricity. For that reason, many people consider donkeys just as fundamental to our society as writing, pottery, and metallurgy.

World Donkey Day is all about celebrating their stoic spirit and individual charm. These creatures aren’t afraid of a hard day’s work. In fact, they more or less invented the concept. Donkeys pull carts, operate mills, and carry cargo for miles and miles, well after other species would have given up. For that reason, they have a special place in our hearts. They’re willing to put in the effort (for no pay) all to serve us – their grateful human masters.

World Donkey Day is the brainchild of Raziq Ark, a scientist whose interests primarily concern desert animals. Around ten years ago, he noticed that nobody was celebrating the humble donkey for its efforts in helping people all over the world improve their quality of life. In recognition of all this hard work, he set up a Facebook group, chronicling the trials and tribulations of the species all over the world. Eventually, the idea to set up a World Donkey Day emerged in 2018, and we’ve been celebrating it ever since.

The concept drew widespread attention in the media. The Daily Express, for instance, ran an article covering ten facts that people don’t know about donkeys. Did you know that a female donkey is called a Jenny? Ark also has thousands of followers on his Facebook page, all showing their support for this amazing creature.

Donkeys have played an essential part in human history. Ark says that they are a “precious genetic resource and a great gift of nature.” You can’t get higher praise than that!