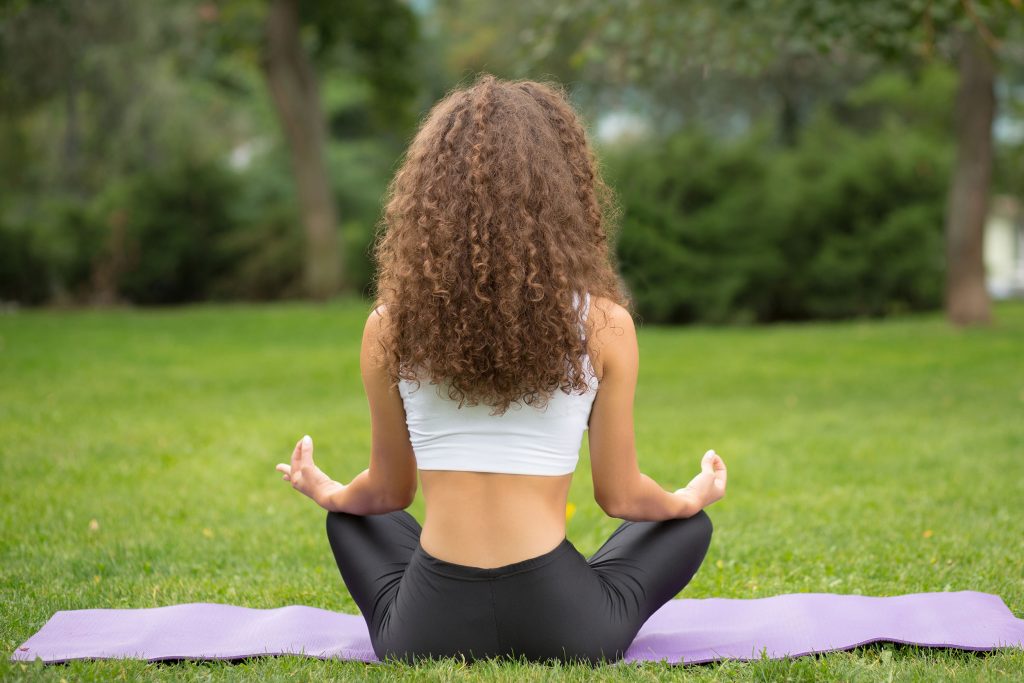 Modern life can feel relentless and stressful. But with the right tools, we all have the potential to be healthier and happier. Our vision is for World Meditation Day to be celebrated across the globe so that people everywhere can take the opportunity to press pause and reboot. No prior meditation experience is necessary to join us. If you’re not a meditator, perhaps just take 20 minutes out of your day to close your eyes, relax and reflect. You can learn and practice meditation with our app as well. 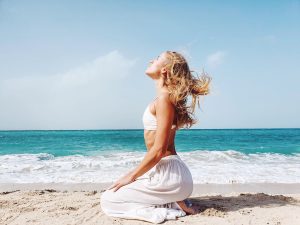 When you’re a kid, you lay in the grass and watch the clouds going over, and you don’t have a thought in your mind. It’s purely meditation, and we lose that. – Dick Van Dyke

When the world around you is ensconced in madness, and you can’t quite seem to find a moment of peace in the storm of the day, it’s time to step back and remember those blissful moments as a child where we merely lost ourselves in the world. World Meditation Day is a call to the world to take time to participate in this millennia-old practice and clear our minds, remembering that we are people first, and workers second.

The History of World Meditation Day can be traced through the History of Meditation itself. Meditation has been an integral part of many religions and was first found spoken of in written form in about 1500 BCE in India.

It plays a prominent role in many religions throughout the world, especially Buddhism and other Eastern faiths, but is also practiced by those who are neither spiritual nor religious as a way of easing stress and clearing their mind.

In today’s world meditation is vital regardless of whether you’re a spiritual person or not, the frantic hustle and bustle of daily activity prevent many of us from ever having a moment’s peace.

The benefits of meditation

While extremist religious groups have sometimes villainized meditation, it has in fact been scientifically proven to have positive mental and physical effects when practiced regularly. Some of the key benefits of  meditation include:

One of the great things about meditation is that anyone can do it, and they can do it from anywhere. Whether you’re seated, standing, lying in bed, or sitting in the bath, simply close your eyes, focus on taking deep breaths in and out, and allow your mind to empty of thoughts. If thoughts pop up, simply acknowledge them and wave them on their way. Continue to breathe deeply and use your breathing to deepen your inner sense of calm, until you are ready to open your eyes and continue with your day. 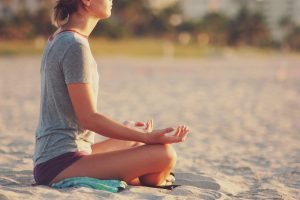 Although meditation has been around for centuries, it’s still something we know very little about. Nearly every major study done on meditation and its effects on the human body have been done in the 21st century. More studies than ever before are being conducted on the topic now and in the near future. As learning progresses, entire populations are opening their minds to meditative practices that were once deemed controversial, at best. These studies are revealing countless surprising facts about the science of meditation. We list 15 of those below.

Meditation can improve your memory

Mindful meditation has long been used by various populations around the world who claim that it can lead to improved memory. As it turns out, several studies have confirmed this is so. In 2005, a study conducted by a neuroscientist at Harvard Medical School found some of the first evidence to suggest that consistent meditation led to increased cortical thickness in the brain. Six years later, another Harvard study compared the brains of people who practiced mindful meditation for at least 30 minutes each day with those who did not. After only eight weeks, those who had meditated measured for increased grey matter in the hippocampus. This is the part of the brain that plays a huge role in memory and learning.

Meditation can slow down, or even prevent, some neurodegenerative diseases.

According to a study done by the Beth Israel Deaconess Medical Center in Boston, there is a link between meditation-induced stress reduction and slowing certain neurodegenerative diseases like dementia and Alzheimer’s. Over the course of the mindfulness stress reduction study, participating Alzheimer’s patients showed a slower progression after eight weeks than patients who did not participate.

Meditation leads to relaxation. This spurs the production of nitric oxide in the brain and reduces blood pressure. At least, that was the finding of a study done by Massachusetts General Hospital. Specifically, 64% of patients who participated in the study and spent three months meditating regularly saw enough of a drop in their blood pressure levels to enable them to decrease their prescribed medication.

Regular meditation leads to neuroplasticity in the brain.

Neuroscientist Richard Davidson of the University of Wisconsin has found that people who meditate regularly exhibit high levels of gamma wave activity. Such activity allows these frequent meditators to better control of their thoughts and reactivity. Additional studies have found that these high levels of gamma waves actually lead to neuroplasticity. This is “the brain’s ability to change, structurally and functionally, on the basis of environmental input.”

Meditation can sometimes be more effective than sleep.

In 2006, college students participating in a study associated with the effects of meditation were asked to either sleep, watch television, or meditate. After various increments of time, each student’s focus was tested by asking them to press a button whenever a green light appeared on a screen in front of them. Surprisingly, the students who meditated outscored even the sleepers by a whopping 10%.

Meditation can be a more effective painkiller than morphine.

Meditation as a painkiller works by calming the somatosensory cortex in the brain while inciting activity in other parts of the brain. Research done by Wake Forest Baptist University found that meditation has the power to decrease the intensity of pain by 40% and the general unpleasantness of pain by a whopping 57%. Comparatively, morphine, and similar painkillers reduce pain only about 25%. The research done by Wake Forest is confirmed by another study conducted by the University of Montreal. This study found that those who practiced mindful meditation reported a higher pain tolerance than those who did not meditate.

Those who have trouble making decisions may find consistent meditation to be helpful. According to a study done by UCLA in 2012, who routinely meditate for an extended amount of time have larger amounts of gyrification, which is the folding of the brain’s cortex, than the average brain. Increased gyrification means the additional surface area of the brain, which the study found enhances neural processing or decision making. More studies are needed. However, the UCLA researchers found this to imply that meditation can lead to improvements in the way the brain performs a series of tasks, including making decisions.

Many give up on meditation because they think that long periods of time are needed each day to achieve any notable differences. Pedram Shojai is the author of Urban Monk: Eastern Wisdom and Modern Hacks to Stop Time and Find Success, Happiness, and Peace. He says being consistent with short bursts of meditation is far more effective than inconsistent longer periods of time meditating. According to Shojai, only 10-20 minutes per day are all it takes to begin noticing differences. As he explains, “A little bit every day builds a cushion against stress and keeps you from getting knocked off your perch.”

The brain functions better with meditation.

Even heart health can be improved through meditation.

The brain isn’t the only part of the body that improves with consistent meditation. A study published in the November 2012 edition of Circulation: Cardiovascular Quality and Outcomes found that meditation can play a large part in improving heart health. To kick off the study, 201 people with coronary heart disease were given the option of taking a class on either transcendental meditation or health through improved diet and exercise. After five years, it was found that those who had chosen to pursue meditation had reduced their overall risk of stroke, heart attack, and death by an amazing 48%. The study was meant to be introductory, and far more research is needed to learn more. But the connection between heart health and meditation remains encouraging.

Myriad studies have been conducted over recent years. The results have been published in such notable publications as Addiction Research, Journal of Addiction Medicine, and Mindfulness and Acceptance. The studies have found that meditation has played an important role in encouraging people to quit their addictions. One study looked at 19 adult alcohol-dependent graduates of an outpatient program. Fifteen of them underwent an eight-week meditation course. By the end of the study, 47% of the participants reported total abstinence. An additional 47% reported only one “heavy drinking” day. By the end of the program, 87% of the participants referred to meditation as “very important” for those struggling with addiction. Eighty-five percent called it a “useful relapse prevention tool” and 90% said they were “very likely” to continue meditation.

Stress reduction is perhaps the best known, and most widely accepted, the benefit of meditation. Science has repeatedly proven that this benefit is indeed based on scientific fact, as opposed to being merely “mental.” Specifically, stress (along with depression, anxiety, and insomnia) occurs when the brain releases increased levels of cortisol, the stress hormone. This release spurs the production of inflammation-promoting chemicals known as cytokines. In multiple recent studies, researchers have found that mindful meditation reduced the production of cytokines. The test subjects experienced stress reduction in as few as eight weeks.

There’s a good reason so many teachers are implementing methods of meditation into the classroom: meditation can lengthen attention spans! In one study, a group of human resource workers who consistently practiced meditation was able to stay focused and on task for longer periods of time than those who did not practice meditation. The meditating employees were even able to recall details better than the others.

Here’s a great argument for widespread meditation. Meditation increases feelings of social connectedness towards strangers, improving levels of love and kindness. That’s what a 2008 study published by the American Psychological Association found. As with the case of stress reduction, meditation is able to reduce inflammation in the brain by limiting the production of cytokines. This leads to less stress and anxiety. It also encourages increased feelings of love and kindness in the brain.

Meditation can keep us from aging.

Well, sort of. Various research studies, some of which are currently underway, have found that meditation increases telomerase activity. Telomeres, — the protective “caps” located at the ends of chromosomes — have been targeted by researchers as the key to anti-aging science. The longer the telomeres, the longer the person is likely to live. A study done at the University of California at Davis found that meditation spurs on the production of telomerase, the enzyme that helps build telomeres.