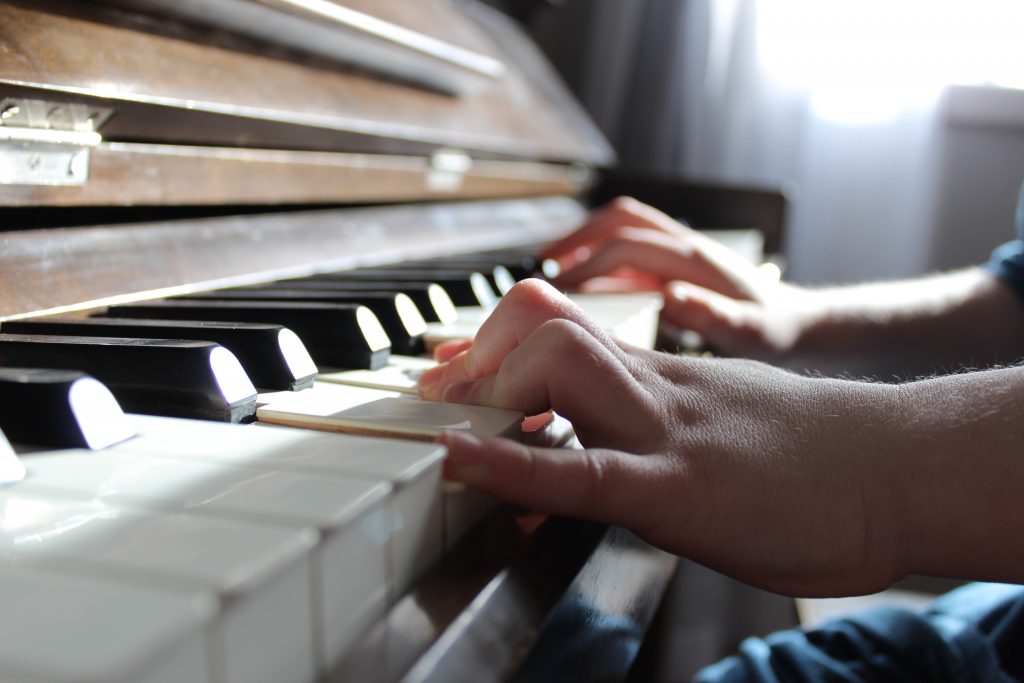 Every year on March 28th, World Piano Day unites piano lovers across the globe as they celebrate the “king of musical instruments.” The day also encourages piano players of all ages and abilities to play in public spaces.

Musical instruments are grouped together in families. It’s relatively easy to determine what family most instruments belong to. This is not the case with the piano, however. Some say it’s a percussion instrument. Others say it belongs to the string family. Many would say the piano is unique in that it belongs to both families.

Bartolomeo Cristofori of Italy invented the piano in 1700. It was first called “clavicembalo col piano e forte.” This can be translated to “a harpsichord that can play soft and loud noises.” Eventually, its name was shortened to the piano.

Throughout the years, the piano went from one basic style to many different kinds. These include vertical, spinet, console, studio, upright, digital, pianola (self-playing piano), grand, and baby grand. These types of pianos come in a variety of different sizes.

Most people play the piano because it’s fun, and they love the sound it makes. However, there are also many other benefits to playing the piano. Some of these benefits include:

With so many benefits of playing the piano, today is a great day to sign your kids up for piano lessons, or make them yourself!

The invention of the piano began through its predecessors, mainly through medieval times as a dulcimer, a fretted string instrument with three or four strings attached. From there it developed into the clavichord, the spinet, virginal, clavecin, gravicembalo, and finally, the harpsichord in the 15th century.

The harpsichord was invented by Bartolomeo di Francesco Cristofori and the harpsichord is considered to be to the closest predecessor to what modern-day people know as the piano because of the keyboards that activated the strings. From there, the harpsichord developed further over the next 300 years into what we know as the modern piano.

Piano Day began as an idea by the German pianist/composer/producer Nils Frahm. Nils Frahm composes classical piano music with electronic music, reforming piano music with an unconventional approach. He launched the holiday back in 2015. When Frahm was asked why the world needs a Piano Day, Frahm replied back “…mostly, because it doesn’t hurt to celebrate the piano and everything around it: performers, composers, piano builders, tuners, movers and most important, the listener.”

Since then, the holiday expanded as people held concerts, recitals, lectures, and demonstrations. An official website, Pianoday.org, lists all the concerts and events you can go to all over the world to help celebrate the beauty of the piano.