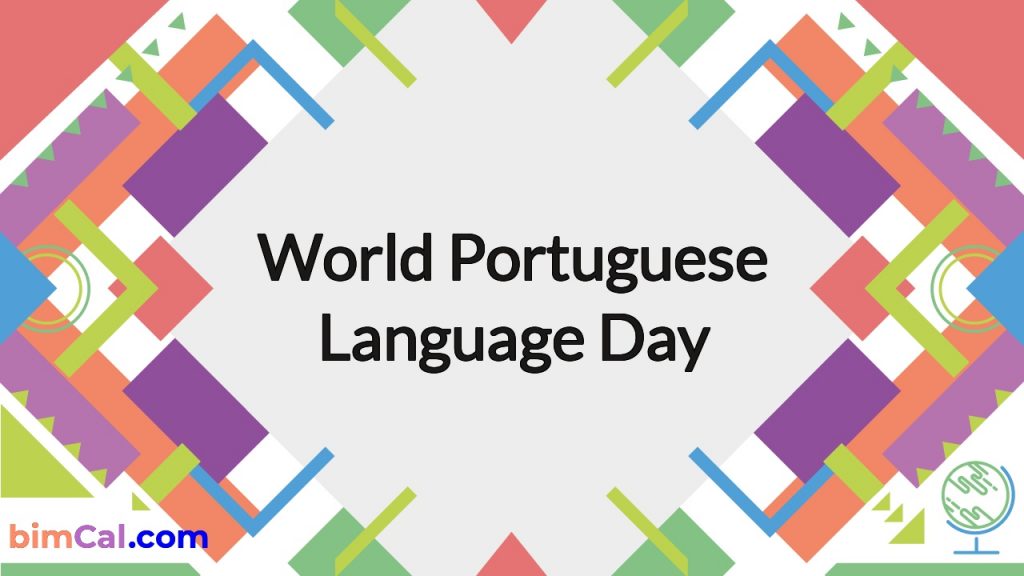 Every year on May 5th, World Portuguese Language Day highlights the important role this language plays in preserving human civilization and culture.

Around the world, Portuguese is one of the world’s most spoken and widespread language. It is the most widely spoken language in the Southern hemisphere. Portuguese speakers also account for the first wave of globalization. Because of this, the Portuguese language influenced other languages. Study many English words, and you will find their origins in the Portuguese language. Some of these words include banana, embarrass, acai, breeze, coconut, macaw, monsoon, molasses, mango, maraca, samba, zebra, and cobra. Mosquito is also a Portuguese word, which means a little fly.

Today, about 229 million people in the world speak Portuguese. This makes Portuguese the 9th most spoken language in the world. Someone who speaks this language is called a Lusophone. A majority of Lusophones live in Brazil. Besides Brazil, eight other countries name Portuguese as the official language.

Portuguese is considered a Romance language, taking its origins from Latin.

Are you interested in learning the Portuguese language? If you already know Spanish, French, or Italian, you’ll be glad to know the grammatical structure of Portuguese is similar. Listening to Brazilian music can be helpful as well.

The Council of Ministers of the Community of Portuguese-Speaking Countries (CPLP) originally began observing a Day of the Portuguese Language and Culture on May 5th. In 2019, the United Nations Educational, Scientific, and Cultural Organization (UNESCO) changed it to World Portuguese Language Day. This was the first time an unofficial UNESCO language was given this honor.

The value of linguistic diversity

Language is not merely a tool for communication. It is the bearer of a whole nexus of cultural expressions and conveys identity, values and visions of the world. It is a vessel which contains cultural diversity and the dialogue among civilizations. It is a bridge that enables closer relations between societies, a richer diversity of forms of expression and interaction, and the exchange of support and empowerment. The Portuguese language occupies a central place in this approach, in view of its history, its geography, its lexical stock from other languages, and its own terms and expressions that have enriched other languages.

Multilingualism, a core value of the United Nations, is an essential factor in harmonious communication between peoples, which promotes unity in diversity and international understanding, tolerance and dialogue. The United Nations General Assembly, through its resolution 71/328 of 11 September 2017 on multilingualism, welcomed the implementation of a day dedicated to each of its official languages in order to inform and raise awareness of their history, culture and use, and encouraged the Secretary-General and institutions such as UNESCO to consider extending this important initiative to other non-official languages spoken throughout the world.

Also for UNESCO, linguistic diversity and multilingualism are domains of strategic importance that the Organization promotes in all fields of its mandate, through an interdisciplinary approach involving all programme sectors. There is a growing awareness that languages play a vital role in development, not only in ensuring cultural diversity and intercultural dialogue, but also in attaining quality education for all and strengthening cooperation, in building inclusive knowledge societies, in preserving cultural heritage, and in mobilizing political will for applying the benefits of science and technology to sustainable development.