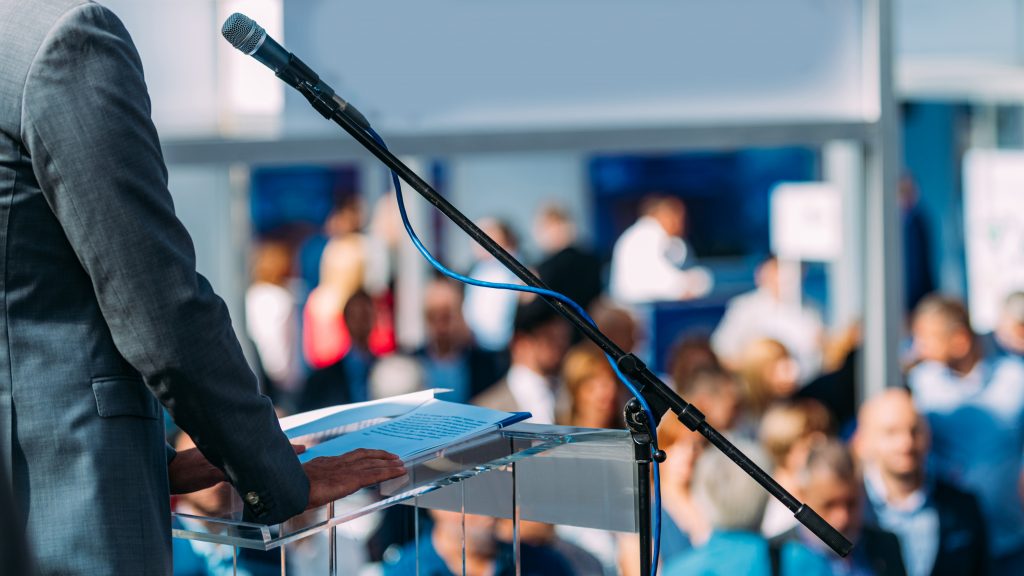 Speakers’ have become some of the most influential places for change in the world and for those who speak, those who write also have a monumental impact on the way that society is shaped.

World Speech Day makes way for a new line of inspiration, continuing the movement towards change in the world. World Speech Day is all about reaching out on a global scale, where those who have impacted their communities can tell their stories, their goals, and inspire others to do great things.

Launched by Simon Gibson, World Speech Day is a holiday and a non-profit organization that recognizes the power of speeches. Gibson founded this holiday based on his previous work as a freelance speechwriter, working for companies such as Ford, IBM, BP, Shell, NatWest, Conoco, Toshiba.

His work in establishing a free database for contemporary and historical speeches inspired him to create World Speech Day to celebrate the profound impact speeches can have on the world.

Because speeches can play a profound role in the way that society is shaped, Gibson became this holiday back in June of 2014 to help others reach out and explore new ideas for better solutions.

Each year, over 100 nations participate in this event, including schools, universities, community groups, cafes, and speaker’s clubs. World Speech Day is made up of hundreds of individuals who want to live up to their full potential by inspiring others, and on this day, social media becomes one of the most powerful tools out there for getting voices out there to speak about the issues that are important to society.

Across platforms such as Twitter and Facebook, people post videos of their speeches, giving those the chance to be inspired and take action towards finding effective solutions to society’s social issues.

This day also allows others to share their experiences and reach out on a global scale so that way others can do the same.